26/11 Mumbai attack: A timeline of the horror and pain

The gruesome strikes that started on 26 November 2008 lasted for four days. 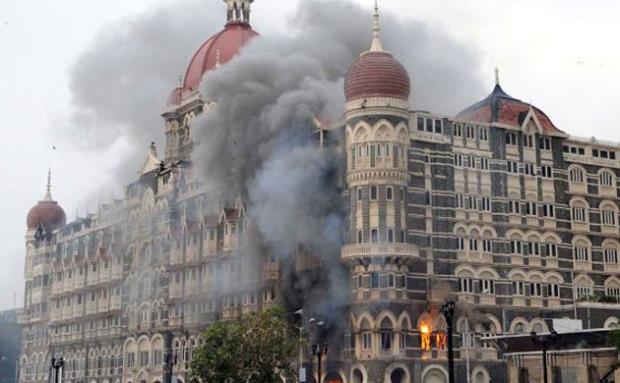 The appalling 26/11 Mumbai attack observes its thirteenth year on Friday. One of the most dreadful terrorist attacks that had even happened in India, has left scars in the hearts and minds of the survivors and their families that could never find solace.

The gruesome strikes that started on 26 November 2008 lasted for four days, killing about 166 people and injuring more than 300.

The attacks were carried out by Pakistan’s terrorist group Lashkar-e-Taiba terrorists in Mumbai, alos known as the financial capital. Around 10 terrorists targeted several crowded public places across the city which is one of the busiest cities in the country. The terrorists targeted Mumbai’s most crowded places including the Chhatrapati Shivaji Maharaj Terminus (CSMT), Taj Mahal Palace Hotel, Hotel Trident, Nariman House, Leopold Cafe, Cama Hospital and others.

The attacks grabbed international headlines while people in India were in immense fear. There was a massive casualty that resulted in the killing of a total of 166 people including security personnel, who lost their lives for the safety of the people, while nine terrorists were shot down by the National Security Guard (NSG) and Mumbai Police.

Ajmal Kasab was the only terrorist who was captured alive and later was convicted and sentenced to death. He was hanged by the Indian jail authorities on 21 November 2012, just five days before the fourth anniversary of the attacks. Mumbai Police had shown huge courage during the fight with the terrorists and their sacrifice for the country is still remembered.

Here’s a short sequence of the events from the horrific attacks.

November 26: At least 10 Lashkar terrorists arrived in Mumbai from Karachi on speedboats. First reports of the attacks started to air in the late evening from the metro that initially stated it to be some sort of a ‘gang war’, however, later on, it was clear that that was a terrorist attack.

The Lashkar terrorists had targeted Mumbai’s five-star hotels which also endangered teh lies of the foreign guests who were staying there. Four terrorists had entered the Taj Hotel, two entered the Trident and two others entered the Nariman House. The remaining two terrorists, including Kasab, open fire at the CSMT where 58 people were killed and over 100 were injured.

Then, Kasab and Ismail Khan, his associate, started to move towards the Cama Hospital. While on their way to the hospital, an ambush killed six police officers, including then Mumbai Anti-Terror Squad (ATS) chief Hemant Karkare, Vijay Salaskar and Ashok Kamte.

The two terrorists then fled from the area in the police officer’s jeep but were blocked by the Mumbai police and in a succeeding fight, Ismail Khan was shot and Kasab was arrested by the police. Constable Tukaram Ombale was killed during this scuffle.

November 27: As the situation was getting out of control, mounting international pressure and impending dangers to the hostages, Army soldiers and Marine commandos were brought in. They surrounded the hostage sites - the Taj, Trident and Nariman House. The elite National security Guard (NSG), India’s counter-terrorism was deployed to charge the sites and launch Operation Black Tornado, as it was named.

November 28: Sooner the deployed Commandos finished the operation at the Trident and also at the Nariman House.

November 29: The horrific attacks came to an end with the NSG commandos securing the Taj and safeguarding the hostages. The attacks led to a series of resignations from top posts such as then Union home minister Shivraj Patil and Maharashtra chief minister Vilasrao Deshmukh and among others who stepped down from their respective posts.

The world’s most wanted terrorist Hafiz Saeed who took the responsibility for the Mumbai 2008 attacks was arrested by Pakistan, only to be released later.

India showed remarkable courage and restraint during the hard times, however, the pain will never fade away.