When Ajay Patel refused to complete the rites, the tantric threatened him with death. 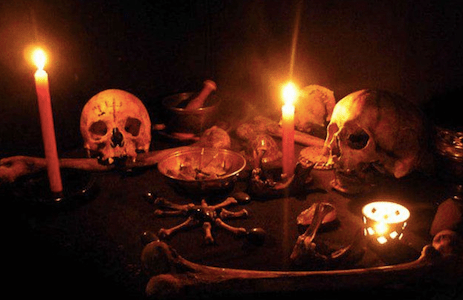 A Gujarati businessman who was anxious to reunite with his estranged lover enlisted the aid of a tantric to achieve his goal. The man realised he had been scammed after months of contacting the tantric and making numerous different payments for him to execute his rituals.

After his breakup, Ajay Patel, who owns an electrical products shop in the Makarba area, was going through a tough time. A friend introduced him to Anil Joshi, who assured Patel that he would assist him in reuniting with his girlfriend.
Also Read: Know all about world’s largest temple being developed in West Bengal

He demanded various payments from Patel at various times in exchange for performing tantric rituals to aid him. Patel made his first payment of Rs 11,400 in May 2020, and from there, he made a succession of instalments that totalled Rs 43 lakh by the end of the year.

"I have submitted my application to Sarkhej police station with all the proof, including 400-plus audio recordings of the dialogue between me and Joshi," Patel stated after becoming upset after losing his money and receiving no results. I've also provided him a detailed accounting of all the funds I've given him.

But, according to an Ahmedabad Mirror report, "police have yet to file a FIR against Joshi, his wife, and his Guru Dharamji, who were all implicated in the cheating."

Joshi allegedly threatened him on multiple occasions, according to his complaint. "I have two younger sisters and my father is a cancer survivor. So he vowed to take care of all of my concerns, including my two sisters' marriages. Finally, he enticed us by stating that our home had a gold treasure, for which I borrowed money and paid him. However, nothing occurred. After then, I found out that my girlfriend had married someone else. Joshi refused to return my money and threatened me with dire consequences when I requested for it back.”

He's even claimed that registering a complaint has been difficult and that the Sarkhej police have been uncooperative. "Even after we supplied all of the needed evidence, the police do not register a complaint. Sarkhej police grudgingly conducted an investigation before transferring the complaint to Ghatlodia police station, where some of the transactions took place. We intend to speak with the police commissioner in order to obtain justice "Kuldeep Jadeja, his law
yer, stated.