85% Of Afghanistan Under Taliban’s Control, says Will Capture Rest Soon

Commander and spokesperson of Taliban, Moulana Yousaf Ahmadi said the group is in control of 85% of Afghanistan and will soon be in control of the rest. 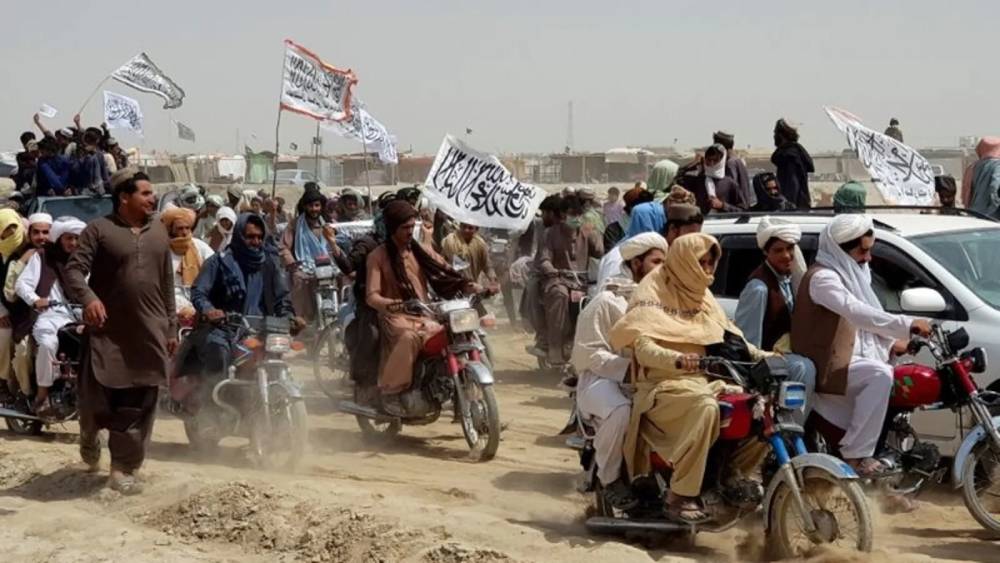 As the tensions between the Taliban and the Afghanistan security forces are on the rise, the spokesperson of the extremist Islamic group offered their version on points like help from Pakistan, the death of Indian Journalist Danish Siddiqui and ISI’s instructions to target Indian assets.

Commenting on the current conflict, "Bismillahi Rehmani Raheem we have almost covered 85 per cent of Afghanistan and will soon cover the remaining 15 per cent.”, the Taliban spokesperson claimed.

The spokesperson also added that Pakistan’s ISI is not offering any active support. “It is propaganda by our enemies. We are and will fight this on our own.”

In most parts of Afghanistan, posters surfaced with claims that Taliban has restricted the movement and employment of women. The commander denied this claim and said, “No, we did not put any poster for any rule or dictate. These posters are put by our enemies to defame us.”

On the death of the Indian Journalist Danish Siddiqui who was embedded in the Afghan forces and was killed in an ambush, he said, “We did not kill him. He was with the enemy forces. If any journalist has to come here, he should talk to us. We are already in touch with journalists in the country.”

On the issue of the Taliban destroying Indian infrastructure in the region, he said, “It is also another trick of enemies to defame us. Enemy forces are destroying infrastructure during the fights. We only destroy the enemy's infrastructure like camps and posts so that they can't be reused. We don't destroy Schools and hospitals.”

THE CONFLICT IN AFGHANISTAN

The Taliban and the Afghan security forces have conflicted for some time now after the US initiated the process of withdrawing its forces from the region and handed over the military bases to Afghans. Taking the US withdrawal as an opportunity, the Taliban has been expanding its influence in the war-torn country.

Emerging reports claim that Pakistan has collaborated with the Taliban to target Indian assets in the region.

On July 11, India evacuated its staff from the consulate in Kandahar in light of the increasing conflict. According to intelligence reports, a  threat to the Indian consulates in Kandahar and Mazar-e-Shairf has increased.