Monkey returned from the forest to exact revenge against an auto driver in Karnataka's Chikkamagalur. 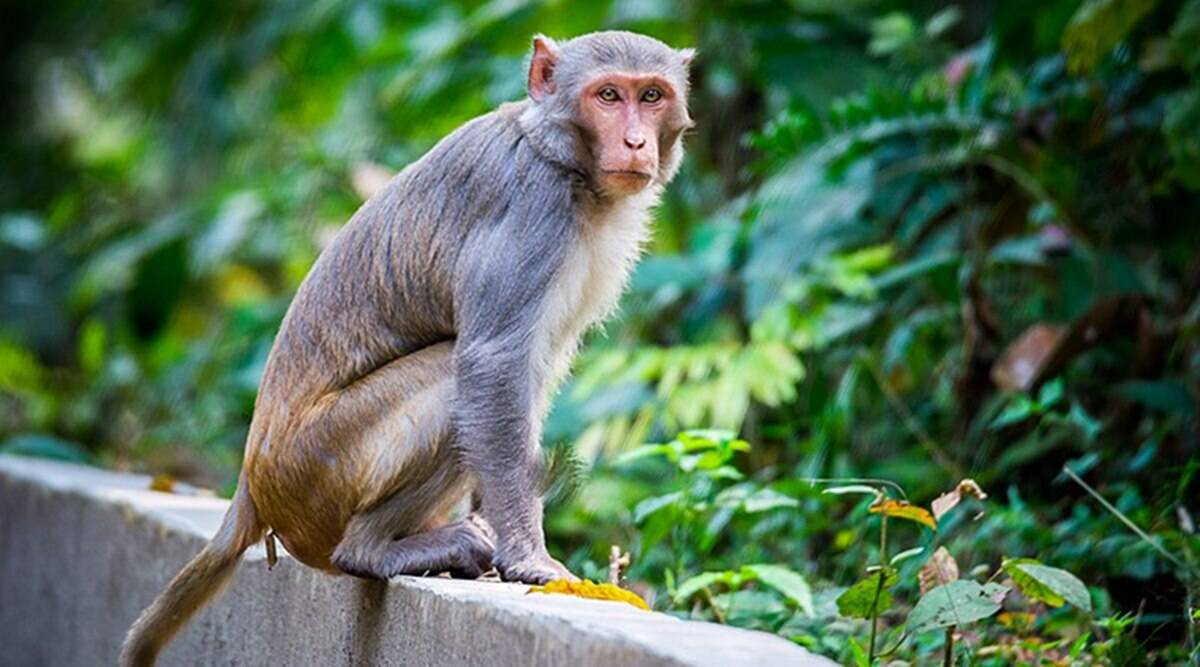 Humans vying for revenge is a common occurrence but an animal doing so is not a tale of every day. On 16 September, a monkey became the fearsome villain in the life of Jagdish B B who is an auto driver.
Kottigehara village of Chikkamagalur district in Karnataka has been witnessing random acts of mischief by a 5-year-old young male monkey of Bonnet Macaque species. The monkey has been wandering in and around the village snatching eatables like fruits and snack packs but this didn't bother the locals as the monkey was not aggressive.
With relaxed covid norms, the schools started reopening and the monkey was hovering around Morarji Desai School. This made the children fearful and the locals raised a complaint with the forest department and a team was formed to capture the notorious monkey.
Laying a trap and catching this monkey was soon turning out to be a difficult task. The forest department team hauled in help from nearby people and auto drivers to chase it in a particular direction to trap him.
One of the auto drivers was Jagdish who jumped in to help the forest department. In a bid to divert the monkey in a particular direction, he teased him. This agitated the monkey and made him attack the driver in which his hand was bit and was scraped off.
Jagadish was quite shaken as he ran away from the spot and hid in his auto-rickshaw. The monkey chased him and attacked the vehicle while tearing down the covering sheets.

After a 3 hour long hectic operation and with the help of more than 30 people, the monkey was finally captured. He was taken to Balur forest which is 22 kms away and released.

“I was scared as hell. The mad monkey was following me everywhere. It bit me so hard that my doctor said my wounds will take at least a month to heal. I can’t drive my auto-rickshaw which is my bread and butter. Also, I didn’t go home that day fearing the monkey would follow me home. I have small kids at home. What if it attacks them? I am still very afraid,” said Jagadish.
This is where the story takes an interesting turn. As people of Kottigehara were breathing a sigh of relief, the monkey made a comeback in less than a week. It had cleverly jumped onto a truck that was passing by on a road near Belur forest and swiftly reached Kottigehara.
Jagadish was scared as hell when he heard it. “I felt a chill go down my spine when I heard that the monkey is back in the village. I called the forest department myself and asked them to rush immediately. I haven’t gone out of my hiding. I know it is the same monkey because we all saw a mark on his ear last time and my friend said the villagers noticed it” he said.

“We really don’t know why the monkey targeted one man. We don’t know if he had caused any harm to the animal previously or was it just an immediate reaction. But, this is the first time we have seen a monkey behaving like this though monkeys attacking humans are not unheard of,” said Mohan Kumar BG, Range Forest Officer, Mudigere. His team carried out the monkey-trapping op.

The monkey was recaptured on September 22 by the forest department and this time he was in a further off forest area. With the hope that the monkey doesn’t return, Jagdish decided to stay at home for a few days in case the monkey returns.