Ahead of polls, Mayawati reaches out to UP’s Brahmin community with a special message

Mayawati will be reaching out to the Brahmins in UP ahead of the 2022 Assembly polls as she announced a campaign under the leadership of SC Mishra. 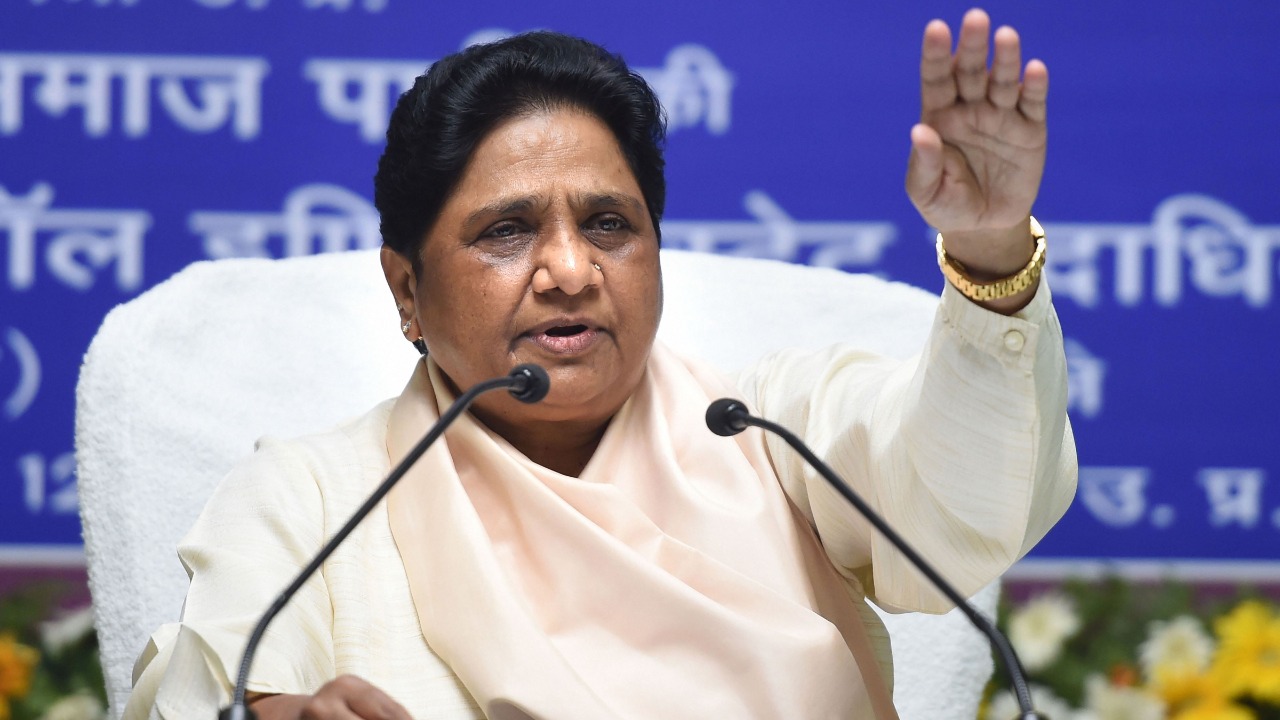 In a bid ahead of the Uttar Pradesh assembly elections scheduled for 2022, BSP chief Mayawati on Sunday has alleged the BJP government of the state of "misleading" the people and in the process tried connecting with the Brahmin community.

The BSP chief said this as she began the party's campaign for the assembly elections in the state. She added that her party would carry a ''Brahmin Sammelan'' on July 23 in Ayodhya to connect with the community. The party will ensure that the interests of the Brahmin community are safe when it comes to power.

Mayawati said: "I'm very hopeful that Brahmins will not vote for the BJP in the next Assembly polls. A campaign in the leadership of BSP General Secretary SC Mishra will be launched from Ayodhya on July 23 to connect with the Brahmin community and assure them that their interests are safe under BSP rule only."

To begin with the upcoming poll, Mayawati announced a campaign under the leadership of SC Mishra, to reach out to the Brahmins of UP keeping their religious sentiments in mind.

The Brahmin community should vote for her party like the Dalit community, she said. The Dalits have remained loyal to her party despite "money power" and other means to influence them by the BJP, she added.

"The BJP and Congress used all means to influence Dalits. They used money power, people say, made false promises, and even used media to influence the Dalit community. But the good thing is that Dalits have not been misled by these fake promises," said Mayawati.

She further said that though BSP lost the last assembly election, the vote percentage from the Dalit community has remained unchanged. Not a single vote has gone to the Samajwadi party, she said.

"The Brahmin community are regretting their votes to the BJP in the last elections. The BJP will again make attempts to mislead the people as they begin campaigning for state polls," the BSP chief warned.

Mayawati, however, believes that the Brahmin community will support her party this time as they did in 2007.

Mayawati's appeal to Brahmins comes amid reports suggesting that the upper community of the society is feeling being sidelined by the Yogi Adityanath government.

Traditionally, BSP mad Mayawati dominated Dalit Vote bank and came to power in 2007, on the back of a unique combination - the majority of 21 per cent Dalit vote mixed with the 11 per cent Brahmin vote. In the 2007 assembly Uttar Pradesh polls, Mayawati had fielded 85 candidates from the Brahmin community. "Tilak lagega haathi par, baaki sab baishaki par, which means the elephant will get the votes, the rest will be on crutches," was BSP's slogan in the election.