Diplo took to Instagram to give a date-by-date description of the incident and his side of the story, writing,"It was my goal to never address a stalker. 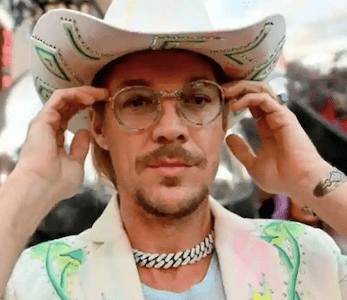 Thomas Wesley Pentz popularly known as
DJ Diplo has finally responded with proof following a year-long verbal battle with a lady who has accused him of purposefully giving her a sexually transmitted disease, as well as revenge porn.
Diplo took to Instagram to give a date-by-date description of the incident and his side of the story, writing,"It was my goal to never address a stalker….
Also Read: Is ‘Spider Man: No Way Home’ LEAKED Video Real? Know What VFX Revealed
She was an obsessive admirer of mine, and it appears that her whole goal in life has been to interrupt my career, my business, annoy me and my close friends, and attack and threaten my family after I cut off all connection with her.”
Also Read: James Bond 'No Time to Die' movie ramps up $22M through first two days, breaks many records
Diplo dismissed the majority of the allegations, claiming that she was neither a juvenile nor was she raped during their sexual connection because it was all voluntary. He then proceeded to exchange messages and chats with the woman, which he used to back up his allegations.

He also posts photos of the woman's texts to him, as well as racist and demeaning remarks addressed to Jevon King, Diplo's third son, who was born in May 2020. He also points out that several of the woman's own texts to him contradict her own claims.
Diplo goes on to claim that a private investigator hired by his team to research the lady discovered that she had previously been served with a restraining order in Florida, and that the Florida judge who granted the restraining order indicated that the woman was dangerous.

Diplo further wrote, "This is so frustrating and embarrassing. I am not this person and I won't be extorted by anyone no matter how stinging the press can be. Even over the past two years I've never been bothered by these rumors, if anything it has made me stronger and smarter, all of my friends and partners have never questioned me and that was what has been important to me. The people in my life know me for who I really am. I will continue to do everything I can to end this in the most respectful way but I will not give in to lies and harassment."
This social media post comes as criminal charges are being pursued against Diplo in connection with sexual assault claims brought by a woman in 2020. The city attorney's office in Los Angeles is considering filing criminal charges.