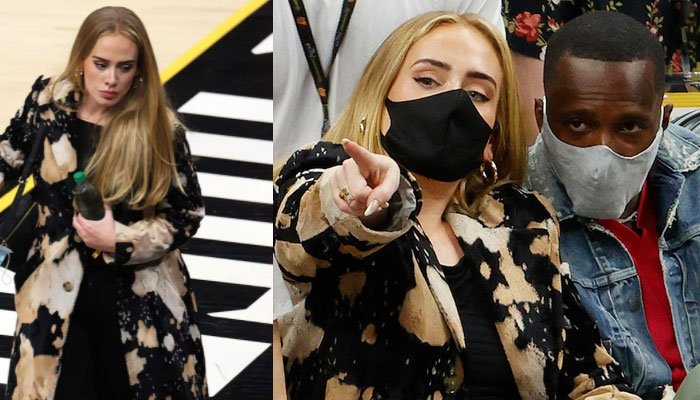 The 33 year old star was seen at the NBA Finals in Phoenix on Saturday, 17th July. Adele usually does not make public appearances hence this was a rare scenario. Adele sat next to basketball star, LeBron James throughout the match and was seen enjoying the game.

But are they two dating? Although LeBron James and Adele were photographed sitting together, they are not dating. According to sources Adele is dating LeBron James’s agent, Rich Paul. This was the first time the couple had made a pubic appearance together and made it to the headlines.

Adele had signed her divorce with her now-ex-husband Simon Konecki in the beginning of this year and is newly single. The singer has won 15 Grammy awards and had also hosted “Saturday Night Live” in October last year.

During an interview Adele mentioned that she was aware of all the countless things that flew about when she had only hosted the show and not called in as the musical guest. “There’s a couple of reasons. My album’s not finished and I’m also too scared to do both.

I’d rather just put on some wings… have a glass of wine or six and just see what happens” she added. Neither Adele nor Rich has confirmed the news moreover this was the first time they were seen in public together. Adele has had many rumors of having multiple romantic interests over the years, some of which were Drake, Skepta and even Harry Styles.

The singer was quick to shut those rumors down but no statement has been provided yet about Rich, so the curiosity of fans prevails!

The young singer managed to steal the show as she wore a stunning animal print coat along with a black face mask.