According to reports, an NCB squad led by zonal director Sameer Wankhede seized the Goa-bound ship after receiving information that a party was planned. 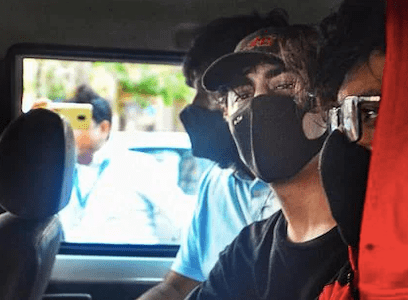 The Narcotics Control Bureau (NCB) detained Aryan Khan, the son of Bollywood actor Shah Rukh Khan, and seven others on Sunday in connection with the detection of prohibited narcotics onboard a cruise ship off the coast of Mumbai.

According to the NCB's arrest document, the raid yielded 13 grammes of cocaine, five grammes of MD, 21 grammes of charas, and 22 Ecstasy tablets, as well as Rs 1.33 lakh.
Also Read: Salman Khan Visits Shah Rukh Khan’ Mannat After Aryan's Arrest By NCB In Drugs Case
According to reports, an NCB squad led by zonal director Sameer Wankhede seized the Goa-bound ship after receiving information that a party was planned. According to a report on Mid-Day, the undercover police boarded the ship through the Green Gate in south Mumbai, while another team waited on the shore.
Also Read: Rave party bust: NCB arrests five more, after SRK's son
“The members of the staff maintained a careful eye on the guests. “At the entry, we analysed their body language to see if they were the ones we were searching for,” one officer explained.
The cruise personnel reportedly made way for the VIP guests, including Aryan Khan and his buddy Arbaaz Merchant, after the passengers had boarded. Aryan apparently became 'nervous' during a necessary security check, which alerted the authorities.
Merchant was subjected to a thorough search, with narcotics allegedly discovered in his shoes. Arbaaz and Aryan were subsequently taken into custody and interrogated.
Meanwhile, Aryan cried during the interview, according to leading daily article. According to the article, NCB official sources said that the celebrity youngster cried throughout the interview and even admitted to using narcotics for four years.
According to NCB sources, Aryan Khan used to use narcotics even while he was in the UK, Dubai, and other places.
"Various narcotics were discovered from the suspects during the investigation, which they had hidden in their clothes, undergarments, and handbags (by women)," the NCB officer added.
In a statement released on Sunday, the cruise line stated that it had no involvement in the event.
"Cordelia Cruises is not involved with this event in any way, either directly or indirectly. Cordelia Cruises has hired its ship to a Delhi-based event management firm for a private event "Waterways Leisure Tourism Pvt Ltd's Chief Executive Officer and President, Jurgen Bailom, said in a statement.
Today's hearing for the star kid's bail will take place in the afternoon. According to reports, nothing was discovered on Aryan when he was arrested, so he was merely charged with consumption.
Other suspects Nupur Satija, Ishmeet Singh Chadha, Mohak Jaiswal, Gomit Chopra, and Vikrant Chhokar have been detained and will appear in court today after undergoing medical examinations.