Defence Minister Rajnath Singh on Tuesday had said that Savarkar wrote the mercy petitions to the British on Mahatma Gandhi's request and it was people from the Marxist and Leninist ideology who falsely accused him of fascist. 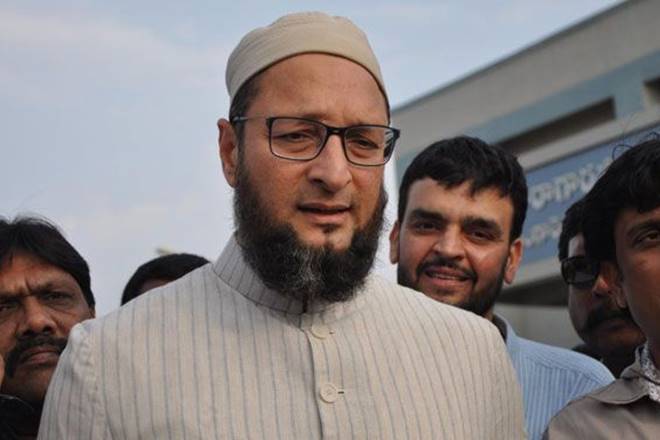 Hitting at Defence Minister Rajnath Singh over his statement that "on Mahatma Gandhi's request, Savarkar wrote mercy petitions to the British", All India Majlis-e-Ittehad-ul-Muslimeen chief Asaduddin Owaisi on Tuesday said that the Bharatiya Janata Party (BJP) will soon declare Vinayak Damodar Savarkar as 'the father of the nation'.

"They (BJP) are presenting distorted history. If this continues, they will remove Mahatma Gandhi and make Savarkar, who was accused of the murder of Mahatma Gandhi and was pronounced complicit in the inquiry of Justice Jeevan Lal Kapur, as the father of the nation,” news agency ANI quoted Owaisi.


He posted a copy of a letter to Savarkar from Gandhi on Twitter and claimed that there was no mention of the mercy petition.

“Sir Rajnath Singh, you said that Savarkar’s grovelling mercy petitions were on Gandhi’s advise. 1. Here’s the letter to Savarkar from Gandhi. No mention of the petition to British begging for leniency, mercy & promising to be a faithful servant of the crown. 2. First petition Savarkar wrote was in 1911, JUST 6 months after getting to prison. Gandhi was then in South Africa. Savarkar wrote again in 1913/14. Gandhi’s advise is from 1920. 3. Is it a lie that this “Veer” rejected tricolour & wanted Bhagva as our flag? (July 1947),” Owaisi said.

Countering Rajnath’s claim that Savarkar described Hindus as anyone who considers India as fatherland or motherland. “In your speech yesterday, you mentioned that Savarkar defined Hindu as anyone for whom India was fatherland or motherland. However, Savarkar, as a man of limited intellectual prowess had defined Hindu as someone for whom India was fatherland AND holy Land. In his view, India was not the holy land for Muslims & Christians and so they couldn’t be fully loyal to India. What is your view on this as Defence Minister? Do you subscribe to this theory?,” Owaisi added.

Earlier on Tuesday, Rajnath Singh said that it was Mahatma Gandhi who requested Savarkar to write mercy petitions. While speaking at the launch event of the book 'Veer Savarkar: The Man Who Could Have Prevented Partition', Mr Singh said "Lies were spread about Savarkar. Time and again, it was said that he filed mercy petitions before the British government seeking his release from jail.”

Taking to Twitter, Owaisi in a series of posts said that Savarkar wrote the first mercy petition in 1911, which was followed by another one around the year 1913-1914 when Mahatma Gandhi was in South Africa.

Also Read: SavarkarJayanti: Was Savarkar a British stooge or a strategic nationalist?

Suggesting Rajnath fire the one who wrote his speech, the Hyderabad MP said it’s not good to have “advisers who have a Savarkarite relationship to truth.”

Alleging the BJP is distorting history, the AIMIM chief stated, “If this continues, they’ll remove Mahatma Gandhi and make Savarkar the father of the nation, who was accused of the murder of Mahatma Gandhi and was pronounced complicit in the inquiry of Justice Jeevan Lal Kapur.”

Sharing the letter Gandhi wrote to Savarkar on Twitter, Ramesh wrote: “Rajnath Singh-ji is amongst the few sober & dignified voices in Modi Sarkar. But he doesn’t seem to be free of the RSS habit of rewriting history. He has given a twist to what Gandhi wrote on Jan 25 1920. Here is that letter to Savarkar’s brother.”