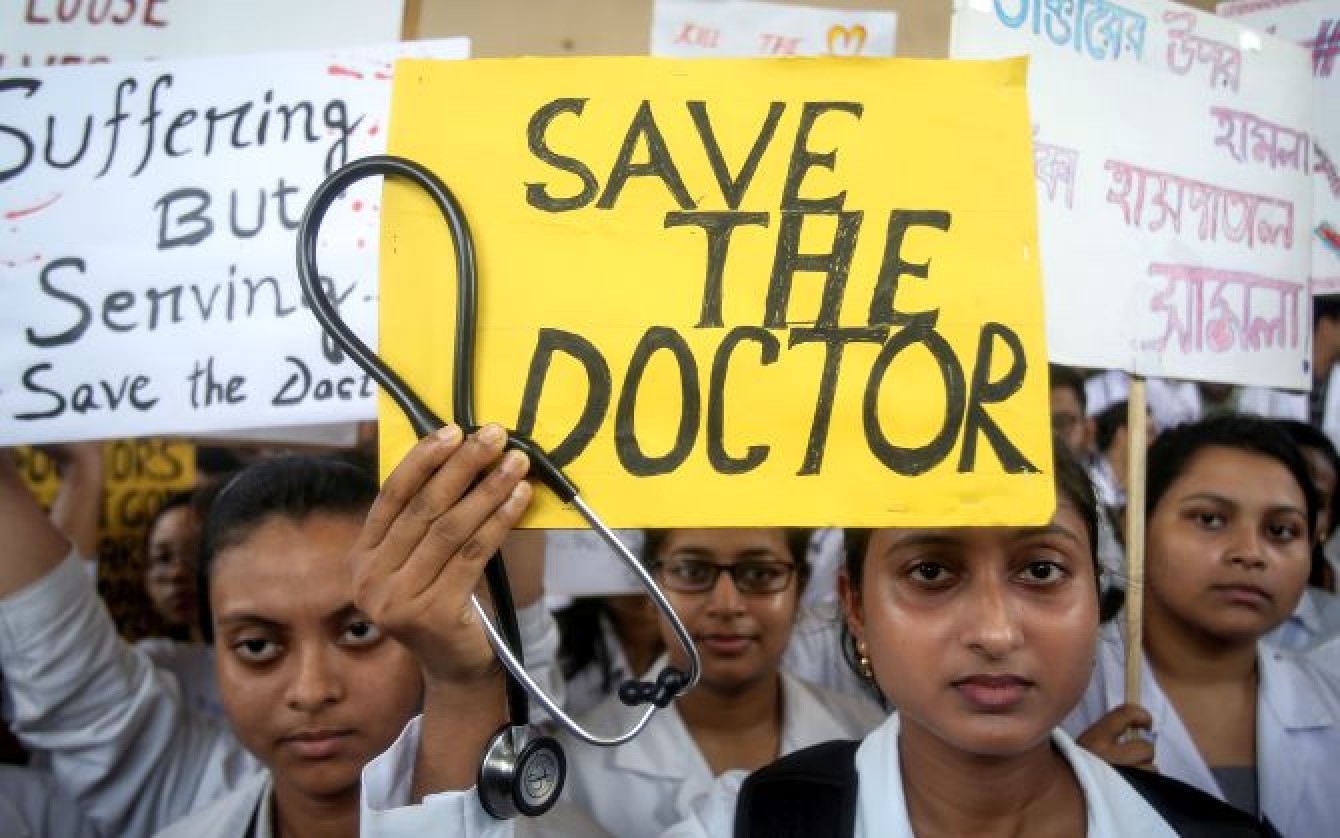 The pain which Indian families having a Covid patient have to bear is something only they can relate to.

Also, the medical infrastructure in India has been stretched so thin that many Indians are breathing their last outside the hospitals waiting for their turn.

It is under such intense pressure that some families snap and take out the frustrations being meted to them by the circumstances on the doctors on duty.

Is this okay? What if some doctor ignites a protest which culminates into a nation-wide protest?

Further, life is not a bed of roses for doctors and other frontline workers, right?

Yesterday, a family lost a family member who was infected with Covid 19 while waiting for bed. Mind you, this has been happening all over the nation – such is the paucity of the medical infrastructure in the face of such a juggernaut disease, Corona.

The family members’ anguish found an unhealthy outlet. They physically beat the staff on duty. The last night’s incident happened at South Delhi’s Indraprastha Apollo Hospital. The injuries suffered by the hospital staff were minor.

The police claim that this is the first incident of this kind in Delhi this year.

The video of the incident, shared on social media, is viral and showed blood on the floor, broken partitions, and furniture thrown around inside the hospital.

Consequently, the emergency department and the Covid triage area had to be shut down for two hours.

The hospital’s statement reads, “The hospital received a woman in a critical condition at the emergency in the early hours of Tuesday. Immediate medical attention appropriate to her condition was given by a team.”

The statement continues, “Given the paucity of beds, the family was advised to shift the patient to another facility. Unfortunately, the patient died around 8 am, following which her family members resorted to vandalism, destruction of hospital property and assault on our doctors and staff.”

The hospital is not pressing charges, “We understand the family is going through a lot. They have lost someone. We understand how they are feeling. We didn't want to file a complaint...Our only appeal is that please appreciate we are doing the best. We need everyone's support.”

God forbid if the doctors of the nation snap and go on a strike.

What will happen to the number of deaths due to the pandemic, as horrendous they are right now, if some angry doctor instigates a nation-wide protest?

Get the latest update about emergency department, check out more about Live, India, Aggression toward doctors will only make things worse & True Scoop News