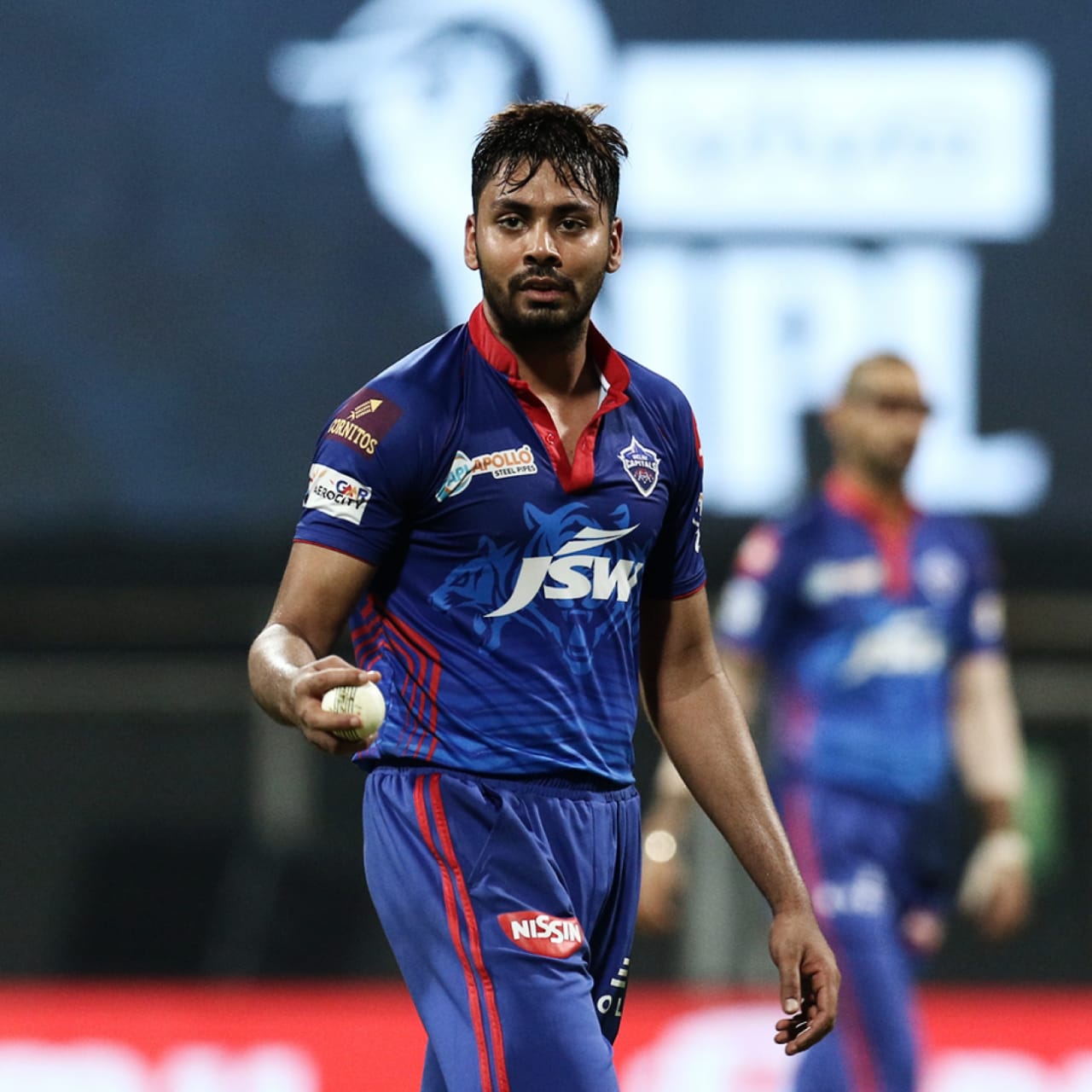 Team India's preparation for the upcoming five-match Test series got underway on Tuesday with a three-day warm-up match against County XI. The Day 1 of the match witnessed India scoring reaching 306/9 at the end of the day's play with KL Rahul scoring a century before retiring, while Ravindra Jadeja also contributed with the bat scoring 75 runs. With Virat Kohli and Ajinkya Rahane rested, Rohit Sharma was asked to lead the team.

The match turned out to be disastrous for Avesh Khan as not only he leaked runs with the ball, but also suffered an injury while bowling. Middle-order batsman Hanuma Vihari hit a straight shot to a fullish length delivery from the bowler and as he tried to stop it the ball hit his left thumb after which Khan was immediately seen grimacing in extreme pain and called for the Indian medical staff immediately. Vihari also seemed extremely worried as he immediately went to check on his compatriot.

Meanwhile Captain Virat Kohli and vice captain Ajinkya Rahane are not playing India’s three-day warm-up match against Select County XI in Durham due to a stiff back and swelling in left hamstring respectively, the BCCI said on Tuesday. Kohli has stiffness in his back while Rahane has ‘mild swelling around his left upper hamstring’. In their absence, Rohit Sharma is leading India in the match.

ECB had announced a 14-member squad, with Warwickshire’s Will Rhodes named as the captain. However, on the match-day, Indian pacer Avesh Khan and spinner Washington Sundar have been included in the County XI too.

Meanwhile, the Indian team is without Virat Kohli, with Rohit Sharma leading the side. With Shubman Gill ruled out of the series owing to a leg injury, Mayank Agarwal has been slotted in as the opener alongside Sharma for the warm-up game, while KL Rahul is the wicketkeeper. Notably, Rishabh Pant, who recovered from a bout of Covid-19, is not yet in Durham with the squad, while Wriddhiman Saha, the other keeper option for India, is currently in quarantine after being deemed a close contact of Pant.