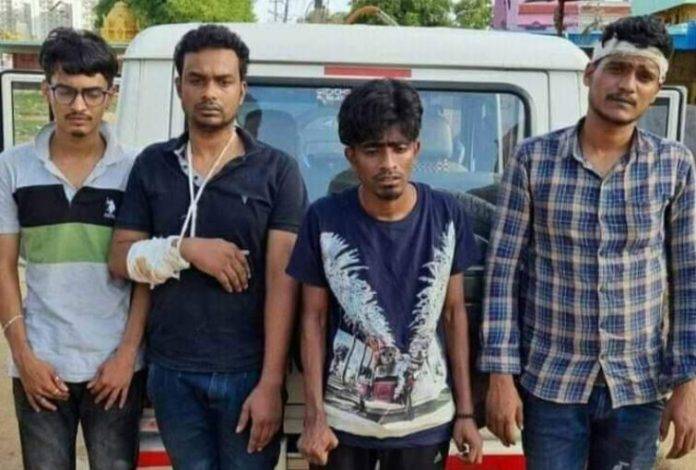 Another accused in the brutal rape case involving the 22-year-old illegal Bangladeshi immigrant was shot as he attacked police in a bid to flee after being apprehended from a wastepaper seller's backyard on Wednesday, Bengaluru police said. The police probing into the case said that the accused, identified as Shabuj, 25, was on the run since this brutal case came to the limelight on May 27.

He is the tenth person, including two women, held in the case and the third one to be shot while resisting arrest or trying to flee.

The accused inside the police jeep created ruckus, saying he wanted to go out and relieve himself.

"After many pleas, we stopped near Rampura Lake asking him to answer nature's call, but instead, he attacked our police constable and sub-inspector on their arms and palm with a knife in a bid to escape, but we opened fire on his knee as an act of self-defence," the senior police official said.

The 22-year-old rape survivor was brought to Bengaluru from Kerala has been taken to the Bowring hospital for a medical check-up and will be then taken to the Bypanahalli Police station to record her statement on Friday. The victim will be produced in court on Saturday, where her statement will be recorded under Section 164 of the CrPC.

The horrific incident turned heads after Assam police shared a video showing five men and a woman brutally attacking and torturing a young woman and appealed to various state governments and police forces to co-operate in nabbing the culprits. Within hours of posting the video clip, Bengaluru's Ramamurthy Nagar police arrested five of the accused.

According to the police sources, this gang is part of a wide network of traffickers from Bangladesh in connivance with people from Murshidabad in West Bengal, Hyderabad in Telangana, Dhubri in Assam and Karnataka as well. The girls being trafficked from Bangladesh, Assam and West Bengal were forced into prostitution racket and were subjected to extreme exploitation, the sources said.

The victim, the police informed is a Bangladeshi illegal immigrant, was brought to India for trafficking and was tortured and brutalised due to a financial matter.