The Covid-19 vaccines are expected to provide at least some protection against new virus variants, therefore more people getting vaccinated would be better to fight against the virus. 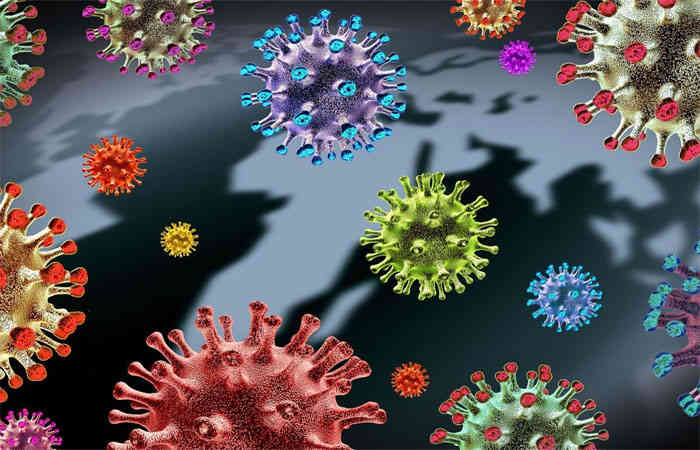 As per the health body WHO, all viruses – including SARS-CoV-2, the virus that causes COVID-19 – evolve. When a virus replicates or makes copies of itself, it sometimes changes a little bit, which is normal for a virus. These changes are called “mutations”. A virus with one or more new mutations is referred to as a “variant” of the original virus.

WHO has named the variants of Covid-19 according to the Greek alphabets, like Alpha variant, Gamma variant, Delta variant and Beta variant.

For now, scientists are more concerned about the Delta variant of Covid-19 as it is dominating the whole world. They are also tracking other mutants from time to time to see which would replace it.

Delta variant was first reported in India and is now all over the world. The variant is highly attacking those who are unvaccinated and has proven stronger in attacking the vaccinated population as compare to its predecessor.

The World Health Organisation (WHO) has classified it as a “variant of concern”.

SARS-CoV-2 Delta variant has rapidly replaced the Alpha variant around the world. Pei-Yong Shi, a virologist at the University of Texas's Medical Branch in Galveston was quoted as saying,

“We thought Alpha was pretty bad, very good at spreading. This one seems to be even more.”

The original SARS-CoV-2 virus takes up to seven days to cause symptoms but the Delta variant can cause symptoms in around three-four days, giving the immune system less time to respond.

The SAR-CoV-2 variant, Lambda, previously known by its scientific name C.37 is not new. It is a dominant strain in Peru and has recently spread in more than 25 countries.

According to data by GISAID, a database that tracks SARS-CoV-2 variants, Lambda variant was dominating in July but from past four weeks, the world has witnessed a gradual decrease in cases.

WHO has designated the virus as a “variant of interest” fearing it is more transmissible than the original virus.

Lambda has at least seven significant mutations in the spike protein. This variety of mutations can result in increased transmissibility or enhanced antibody resistance in viruses. For now, more researches are required to confirm whether vaccines are effective on the variant or not.

The scientific name of the Mu variant is B.1.621. Mu variant changes, which means it mutates, therefore it is expected that it may evade ‘some’ protection given by the Covid-19 vaccine. As the variant mutates, it may have immunity escape properties. Mu carries key mutations, including E484K, N501Y and D614G.

It was found in January and was declared a “variant of interest” in August by the WHO.

While the number of genetic sequences identified as Mu has fallen below 0.1% globally, Mu represents 39% of variants sequenced in Colombia and 13% in Ecuador, places where its prevalence has "consistently increased," WHO reported.

Also Read: Explained: What is Mu, new Covid variant added in watchlist of WHO?

As per the information provided by the World Health Organisation, “The COVID-19 vaccines that are currently in development or have been approved are expected to provide at least some protection against new virus variants because these vaccines elicit a broad immune response involving a range of antibodies and cells. Therefore, changes or mutations in the virus should not make vaccines completely ineffective. If any of these vaccines prove to be less effective against one or more variants, it will be possible to change the composition of the vaccines to protect against these variants.

Data continues to be collected and analyzed on new variants of the COVID-19 virus. WHO is working with researchers, health officials and scientists to understand how these variants affect the virus’s behavior, including their impact on the effectiveness of vaccines.”