Fumed over the BGMI ban, a Twitter user shared a list of multiple leading companies which are operational in India with Chinese firms' investment, however functioning smoothly without any hindrance. 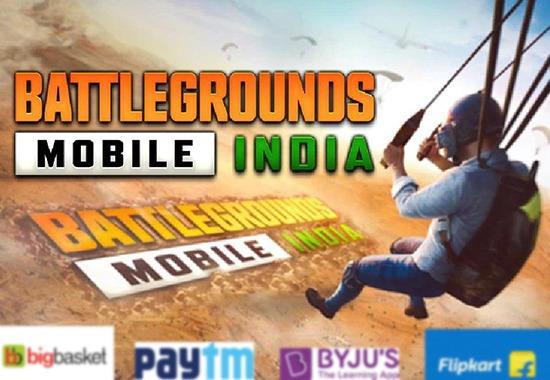 The government of India is currently facing severe criticism from the youths and gamers on social media ever since Battlegrounds Mobile India (BGMI) was banned. The rebranded PUBG version- BGMI on Thursday was pulled down by the Google Play Store and Apple App Store following the Government of India's order. Although the actual BGMI ban reason is yet to be disclosed by the government of India, it is reported that the 'national security' threat with respect to China might be the reason behind it. Now, netizens on social media are sharing a list of made-in-India apps-companies with leading Chinese investors on board and outlining the 'double standards' of the Indian government.
A Twitter user shared a list of multiple leading companies which are operational in India with Chinese firms investment, however functioning smoothly without any hindrance. As per the list shared, companies like Byjus, Bigbasket, Dream11, Flipkart, Hike, Makemytrip, and more have Chinese investors on board. The list also includes the undisclosed amount of investment in the firms running in India. It is pertinent to mention here that the list does not mention the percentage of the amount invested by Chinese firms like Alibaba, Tencent, and more in the companies operating in India
Companies in India with Chinese Investment list
Also Read: BGMI ban reason linked to minor murdering his mother? Google & Krafton issue statement

BGMI ban
The Indian government in its crackdown on Chinese aggression along the LAC banned more than 200 apps operating in India including TikTok and PUBG citing 'national security'. The rebranded version of PUBG named BGMI was relaunched in India with its main server kept in the nation itself which was the top demand of the Government of India in order to save the data of the Indians. Chinese app ban was also termed India's 'digital surgical strike' by the Modi government by various media outlets.
Coming back to the BGMI ban, Union Minister Rajeev Chandrashekhar had stated that  PUBG was banned in India in 2020, but banned apps have been resurfacing in new avatars. This was a clear reference to BGMI. The following statement came a 16-year-old minor killed his own mother after she scolded him to not play too much BGMI.
Google Play in its statement said, "On receipt of the order, following established process, we have notified the affected developer and have blocked access to the app that remained available on the Play Store in India."
On the other hand, Krafton said, "We are clarifying how BGMI was removed from Google Play and will let you know once we get specific information."