Bhuvneshwar Kumar became a father for the first time, a day after the fourth wedding anniversary, wife Nupur Nagar gave birth to a daughter 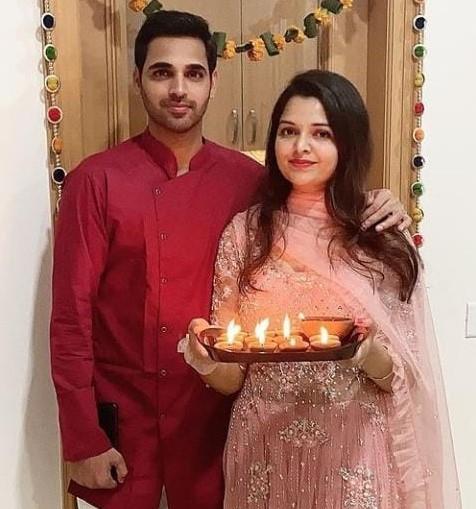 Senior India pacer Bhuvneshwar Kumar and his wife Nupur Nagar became parents for the first time as Nupur gave birth to a baby girl on Wednesday (November 24) morning in a private hospital in Delhi. She was admitted to the hospital on Tuesday and welcomed her first child the next day.

The pacer’s mother, Indresh, lives in Meerut, Uttar Pradesh, and was soon off to Delhi to attend the birth of their granddaughter along with sister Rekha.

Rakesh Goyal, the Meerut District Cricket Association (MDCA) treasurer, gave out this good news to media on Wednesday that the child was born around 9 in the morning. He also confirmed that Nupur and the newborn child both are completely healthy. Bhuvneshwar Kumar is expected to visit his home in Meerut on Thursday.

The swing bowling master married Nupur Nagar on 23 November 2017. Nupur currently lives in Noida. As soon as the information was received, the seamer left for Delhi to see the daughter.

Earlier in May, Bhuvneshwar Kumar’s father, Kiran Pal Singh, passed away. He had been battling cancer and was suffering from liver problems for a long time.

Kumar was recently involved in the 3-match T20I series against New Zealand, where he picked 3 wickets while conceding at 7.50 runs per over. Before that, he featured in just one game at the T20 World Cup – against Pakistan, returning with figures of 0/25 in 3 overs and was dropped for the rest of the tournament.

Due to multiple injuries, he hasn’t played a Test match for three years. His next assignment would be the tour of South Africa next month.