At a private hospital in Thiruvananthapuram, Bichu Thirumala passed away. 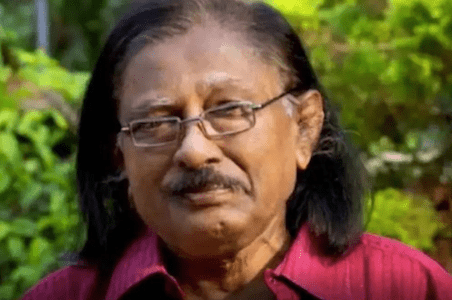 B Sivasankaran Nair, a veteran Malayalam lyricist and poet better known as Bichu Thirumala, died on Friday in Thiruvananthapuram. He was 80 years old.

Also Read: 'Arrangements of Love’: Samantha Ruth Prabhu to Play Bisexual Woman in Her debut International Film
On Wednesday, Bichu Thirumala was brought to the hospital after suffering a heart attack. He had been on a ventilator for a while. However, while still under medical care, he died in the early hours of Friday morning.
Also Read: Chhori Movie Review: Nushrratt Bharuccha gives a powerful performance
With Bhaja Govindam, released in 1972, Bichu Thirumala made his film debut as a lyricist. And he didn't look back. He would go on to write over 3000 songs for Malayalam films. M. S. Viswanathan, Ilaiyaraaja, G Devarajan, V Dakshinamurthy, MS Baburaj, K Raghavan, Ouseppachan, and AR Rahman, among others, collaborated with him throughout the 1970s and 1990s. He also wrote a lot of spiritual music. He was awarded the coveted Kerala State Award twice.


Bichu Thirumala's death has been mourned by many, including Kerala Chief Minister Pinarayi Vijayan.


Kerala’s Governor Shri Arif Mohammed Khan’s Twitter account posted a condolence message on Bichu Thirumala’ death. He posted, “Sad to know about the demise of Shri #BichuThirumala, noted lyricist & poet whose melodies penned over three decades enthralled all sections of people alike. My heartfelt condolences. May his soul attain Mukti”.
Bichu Thirumala is survived by his wife Prasanna and a son Suman Bichu who is a music director.