Ram Kadam has accused Raj Kundra of cheating people of Rs. 3000 crores. According to Ram Kadam, Kundra used an online game called GOD to cheat thousands of individuals on behalf of his Viaan company. He has also duped individuals by using his wife Shilpa Shetty's name.

Actress Shilpa Shetty's husband Raj Kundra is once more in a big trouble. Raj Kundra, who was arrested for creating pornographic films, may now be caught in a new case. Raj Kundra has been charged by BJP MLA Ram Kadam of looting the poor people of the country through an internet game called GOD (Game of Dots). Ram Kadam has accused Raj Kundra of cheating of Rs. 3000 crores.

According to Ram Kadam, Kundra has fooled hundreds of individuals on behalf of his Viaan industry through this game. He has also cheated individuals by using his wife Shilpa Shetty's name.

In a news conference, Ram Kadam told reporters that Rs 30 lakh was collected from people in the name of the GOD game and was never repaid. Raj Kundra's bouncers beat them up when people came to his offer to seek for money.

How ordinary people cheated?
Raj Kundra has brought a gambling game called GOD through his Viaan company, according to Ram Kadam. It was said to be as a legal internet game. The game was heavily promoted by using a portrait of Shilpa Shetty on the Viaan Company letterhead. People were told that the game is approved by the government. It was reported that prize money would be awarded in this game.This is a scam of between 2500 and 3000 crores, according to Ram Kadam. 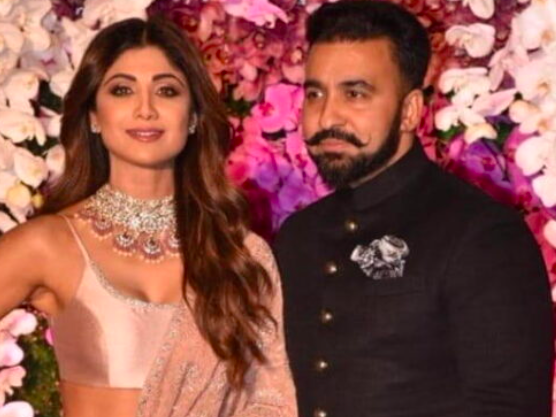 Raj Kundra allegedly grabbed 30 lakh rupees from one person and 15-20 lakh rupees from another, according to Ram Kundra. People were tricked and looted by describing them that the money's distribution will be done according to the game's benefits.  People took over the game's distributorship but after some days they  began to realise that this was a fraud and they are looted in the name of distributorship of game.When some people went to Raj Kundra's office to seek for their money in such a situation, his bouncer beat them up.

Questions raised on Police
Ram Kadam has also raised questions on the police department. He asked who stopped him from taking action against Raj Kundra when people went to him with a complaint against him. This too should be investigated. Raj Kundra's company Viaan Industry has cheated many people. According to Kadam, Kundra's company used to keep the original copy of whatever agreement it used to do with the people. There are thousands of people in Maharashtra who are victims of Raj Kundra's fraud. Also Read: Porn Racket Case: Shilpa Shetty files defamation suit against 29 media personnel for maligning her image

Shilpa Shetty has also been interrogated in connection with the suspected pornography case. According to sources, she also got into a big fight with Raj after he was brought home by Crime Branch during a raid. Shilpa allegedly asked Raj why he was getting involved in all of this and how his actions are maligning the family's image.