Randhawa was the first choice for the chief minister’s post. 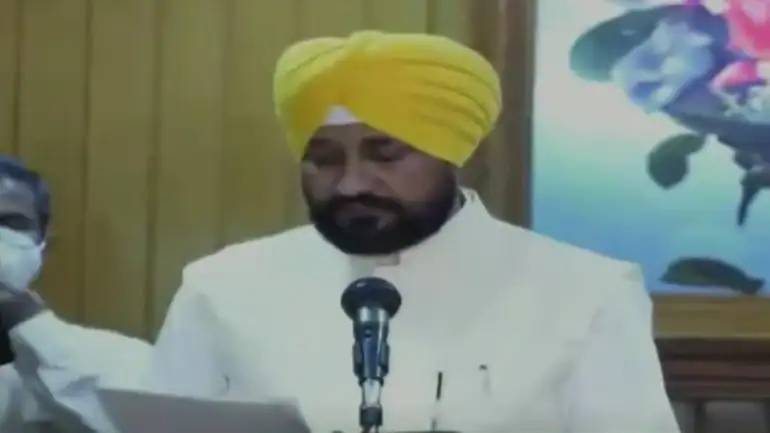 Amid an intense turf war that was triggered by Amarinder Singh’s resignation, Punjab got its new chief minister Monday morning. Punjab Congress leader Charanjit Singh Channi took oath as the chief minister of Punjab becoming the first Dalit Sikh minister to take charge of the top post in the political history of the state.

While Sukhjinder Singh Randhawa - a Sikh Jat and O.P Soni a Hindu leader have been sworn in as deputy CMs. Randhawa was the first choice for the chief minister’s post, however, Channi was declared to be the face of the state.

Before heading towards Raj Bhawan for the oath-taking ceremony, Charanjit Channi met Punjab Congress in-charge Harish Rawat and is also expected to meet Amarinder Singh later in the afternoon, the party leaders said.

The oath ceremony was attended by Rahul Gandhi in contradiction to earlier reports claiming he would not. He has been criticised heavily over the mishandling of the Punjab crisis that intensified over six months with the endless feud between Amarinder Singh and Punjab Congress chief Navjot Singh Sidhu.

After much confusion and discussion, the Congress picked Charanjit Singh who holds the outgoing technical education minister and is a popular Dalit leader in the state. Amid the political turmoil, several names were circulating in which Sukhjinder Singh Randhawa appeared to be the clear frontrunner until Sunday evening.

The two deputy chief ministers will make up to balance the caste equation in the Punjab government after a leader from the state’s Ravidassia Dalit community takes charge as the chief minister.

Charanjit Channi, 58, has been made the CM with less than six months when the state will go for its assembly elections and the state Congress getting tossed into a high voltage infighting battle. He is said to be close to Punjab Congress chief Navjot Sidhu who launched scathing attacks on Amarinder Singh.

Besides, the other three ministers Randhawa, Tript Rajinder Singh Bajwa and Sukhbinder Singh Sarkaria Channi were a part of Sidhu’s camp against Captain, leading to a division in the party and House.

The appointment of the new leaders is being taken as pleasing every community in the state ahead of the impending polls. Selecting Channi is being considered as a masterstroke of the Congress to cultivate the Dalit vote bank. Punjab has a 32% Dalit population. 34 out of 117 seats are reserved for the Dalit community. Thus, Channi is the first Dalit Sikh CM of Punjab who has always raised issues of the downtrodden sections. This may turn into a great advantage for congress and especially, the dominance of the Congress can increase in the Doaba area of ​​Punjab, which is called the land of Dalits.

With O.P Soni - a Hindu as the deputy CM, Congress also eyes on the Hindu votes as it always goes to the BJP and with AAP sweeping in the state, it was an important move by the party.

Meanwhile, the appointment of Sukhjinder Singh Randhawa -a Jat Sikh taking the trust of the community.