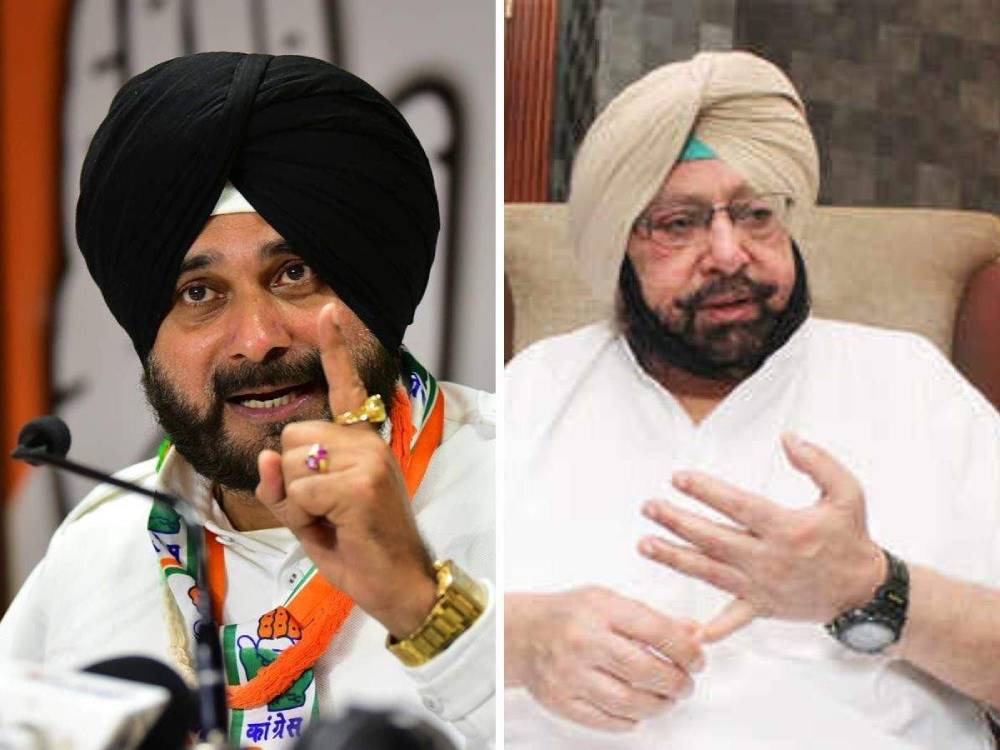 Chandigarh: Newly appointed President of Punjab Congress Navjot Sidhu’s self-expression has further fueled the captain’s anger and the clash of egos between two heavyweights of Congress has escalated tension of party high command.

The ongoing tussle between Chief Minister Capt Amarinder Singh and new PPCC President Navjot Singh Sidhu has become a headache for the party high command even after major changes in the Punjab Congress. The Captain's public announcement that he would not meet Sidhu until he apologized was seen by the party leadership as the second phase of the current battle of the Punjab Congress. The party high command wants to allay Capt Amarinder Singh's grievances as soon as possible.

Also Read: Will Punjab CM accept Sidhu’s invite to an event without a formal public apology?

Despite Sidhu's efforts to show his strength in the Punjab Congress, the Captain's resentment in the party could not be ignored and an internal attempt is being made by the High Command to bring both the leaders on one platform. Captain is undoubtedly the most influential person in Punjab politics at the moment clashes in Punjab Congress escalate tensions of high command, Sidhu's self-expression does not lessen Captain's anger

First of all, Captain is undoubtedly the most influential person in Punjab politics at the moment who has his existence and his humiliation will only hurt Congress. On the other hand, as the party high command has already declared that Captain Amrinder Singh would be the Chief Minister’s face in the next assembly elections the lingering the tussle between two leaders may harm the electoral prospect of the party.

Given this, some prominent party leaders have advised the high command to intervene in the matter immediately and end the feud between Sidhu and Capt Amarinder Singh.