Sidharth Sagar, a former cast member of Comedy Circus and The Kapil Sharma Show, has been committed to a rehab centre on suspicion of relapsing. 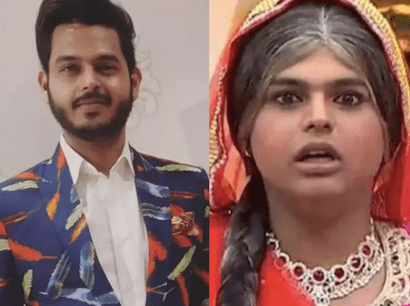 Siddharth Sagar, a comedian, has been taken to a rehab centre after a relapse, according to sources. Siddharth has a history of drug addiction and was being treated for bipolar illness, according to his mother.

Sidharth was discovered 'in a really terrible situation' by the police last month and his mother called form Delhi to Mumbai. They asked me to take him from there. Sidharth is a contestant on the Zee Comedy Show, which is judged by Farah Khan. Jamie Lever has taken his place.
Also Read: Sambhavna Seth locked horn with Mumbai cops during Sidharth Shukla's funeral inside the crematorium

The tragedy is that anytime he has found himself in a situation like this, none of his friends, well-wishers, or anybody else has come up to assist him. It's always been his parents, but he's never learned to appreciate his family. I'm a mother, and I'd like for him to get out of this mess. I've always been close to him and never left him alone, but I had to fly to Delhi for my pet, who became ill and ultimately died. We arrived and received a call regarding Sidharth. I'm still trying to find out what went wrong.”Siddharth mother told.

Also Read: Sidharth Shukla’s Funeral: Celebrities slams paparazzi, angry with Shehnaaz’s coverage on Siddharth’s death
She said he'd been duped in the past due to his condition. "We had begun his bipolar medication, but he unexpectedly stopped in the middle. He no longer takes the medication. Something doesn't feel right to me.  He was having such a successful career. People had not even left clothes on his body the previous time they duped him so terribly. He'd stopped taking his bipolar medication. He has to be treated right now.”

Sidharth, who has performed on The Kapil Sharma Show and Comedy Circus in the past, sent a message to his family on Instagram in 2018 after learning of his 'disappearance.'