Daughter of encountered Srinagar businessman breaks down on video

Four persons were killed in an encounter led by the security forces on Tuesday evening in Hyderpora, Srinagar. 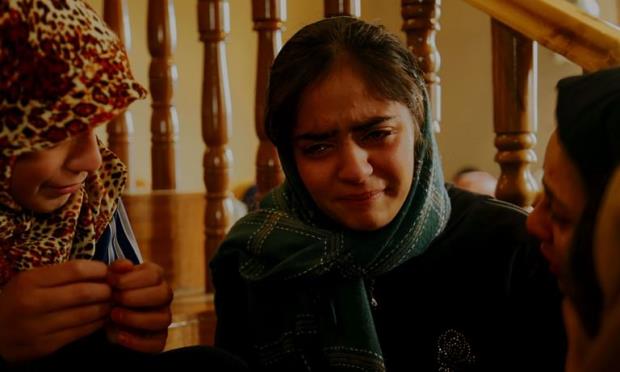 Families of two businessmen Altaf Ahmad Bhat and Dr Mudasir Gull, who were killed in a crossfire in Srinagar in the Hyderpora area of Srinagar have demanded their bodies for a proper burial.

The encounter led by the security forces took place on Monday evening in which the police said that four persons were killed including two terrorists. The businessmen killed in the encounter, an Over Ground Worker (OGW) and a building owner, were ‘terrorist supporters’.

In a video, a 13-year-old young Kashmiri girl is seen sobbing over her father’s killing during the encounter is being widely shared on social media. The girl with a heavy heart describes the moment when she learnt about her father’s death.

However, later the police said that Altaf Bhat who was the owner of the complex can be counted as a "harbourer of terrorists" because he didn’t inform the authorities about the tenants living in his complex. One of Bhat’s tenants was a militant, the cops stated.

Meanwhile, family members of Dr Mudasir Gull staged a protest at the Press Enclave against his false killing and demanded his dead body.

Dr Mudasir’s father-in-law said, "He was Dr Mudasir and not a terrorist holding a gun. At 10 pm on Monday night, we heard Dr Mudasir was killed. He was a dental surgeon and running his business in the complex in Hyderpora.”

"My chachu (uncle) got a call around 10 am and he started crying...I was at home...and I heard sounds of shouting and screaming...I ran away. I was praying to Allah," the girl says as she breaks down.

She further adds,  "My cousin- who is a witness- told me that my father was picked up thrice - twice he was released. And the third time he was killed. What is the meaning of this? Other witnesses were also killed - what is this?"

The girl’s voice becomes more sorrowful as she shares, "I tell them - uncle how can you think my father is this...They laugh at me - what response can I give them? They were laughing...They were shamelessly laughing at me. What could I say to them?"

The girl in the video also speaks about the son of another businessman who was killed that day.

"My brother is in his class. He is very young. What do we tell him? He is very close to his father. I am attached to my father. Now, what will I do? How do I take care of my mother? She is not eating. She is crying. What do I do?"

Following the incident, political leaders are raising voices about the wrong encounters of civilians by the security forces in Kashmir. Former Chief Minister Mehbooba Mufti has demanded an investigation into the matter.


Accusing that both the businessmen were executed in cold-blood by the security forces and claimed that the cops refuse to hand them the bodies citing law and order issues.

Insisting her brother to be innocent, Dr Mudasir’s sister said, “He had arrived from Jammu just a day before yesterday. Whatever is being said about him by the police is not true,” she added.

To prevent any protest in parts fo Srinagar, the police and paramilitary have been deployed.

Such killings and incidents are not new in the valley. Many families allege the forces of branding their kids as terrorists and killing them without any evidence. On the contrary, the police call them to be silent supporters of terrorism.