David Warner has been with Sunrisers Hyderabad since 2014, and as captain of the team, he helped the franchise win its first IPL title in 2016. 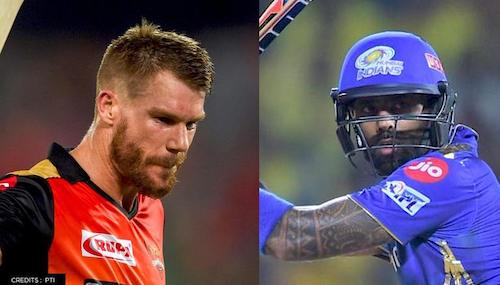 The Maharashtra cricketer named his all-time IPL XI. Former India captain MS Dhoni, Suresh Raina, and explosive batter Chris Gayle were among those who did not make Yadav's list. 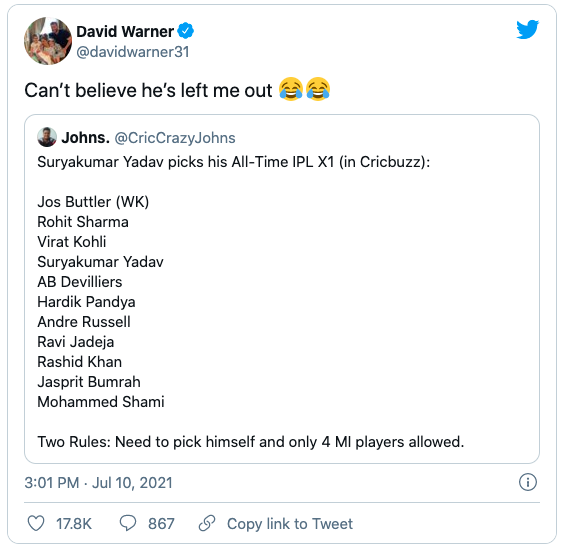 The list, however, does not appear to have gone over well with Sunrisers Hyderabad (SRH) batsman David Warner, who took to social media to mock Yadav's IPL XI. "Can’t believe he’s left me out," Warner wrote , adding two laughing emoticons to his post. Warner is the top run-scorer among foreign players in the IPL, and second overall behind Indian captain Virat Kohli.

The 34-year-old cricketer has been with Sunrisers Hyderabad since 2014, and as captain of the team, he helped the franchise win its first IPL title in 2016. Following back-to-back defeats in the first half of the IPL 2021, Warner was recently replaced as SRH captain by Kane Williamson.