Why DC release Shikhar Dhawan for IPL 2022? Know the players who are retained

"In the coming season-IPL 2022, Rishabh Pant will head the Delhi Capitals. 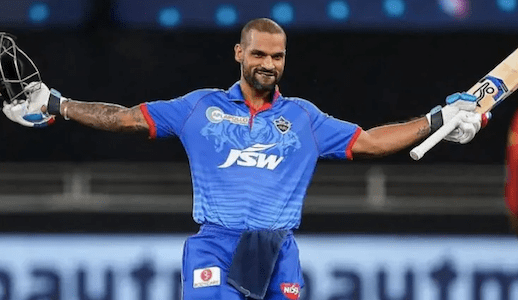 The deadline for submitting the list of retained players for the 15th season of the Indian Premier League is approaching quickly. From credible sources, True Scoop has learned that the Delhi Capitals (DC) have completed their list of retained players.
Also Read: Tim Paine Takes Indefinite Mental Health Break After ‘Sexting Scandal’
Shikhar Dhawan, the franchise's leading scorer in the past two IPL seasons, will not be retained by the Delhi Capitals. Rishabh Pant, Prithvi Shaw, Axar Patel, and Anrich Nortje would be the four players retained by the Delhi Capitals according to the source.
Also Read: Axar Patel or Ravindra Jadeja? Know what difference Salman Butt points out between the two

"In the coming season, Rishabh Pant will head the Delhi Capitals. True Scoop has learned that the team has chosen to release Shreyas Iyer, Ashwin, Shikhar Dhawan, and Kagiso Rabada while keeping Prithvi Shaw and Axar Patel.

In the history of the IPL, Dhawan has been one of the most successful and aggressive batsmen. In both the IPL 2020 and IPL 2021, he was the leading run scorer for the Delhi Capitals.


Why did DC management decide not to keep Dhawan despite his stellar track record? Dhawan's age and declining Strike Rate, according to a source in DC management, worked against him.
"Shikhar is approximately 36 years old now. Players are signed for the next three seasons, and the franchise sought to keep those who could help the club for the following three years. Furthermore, Dhawan's strike rate has been a source of worry. He did well last year, although he wasn't really fluent. This is why DC opted to put money into the younger players."
In comparison, all four players retained are young, and DC management believes they will constitute the team's nucleus for the next three years. Anrich Nortje is 28 years old, Rishabh Pant is 24, Prithvi Shaw is 22, Axar Patel is 27, and Rishabh Pant is 24.
Not just Dhawan, but two of the franchise's most successful spinners, R. Ashwin and Amit Mishra, have also been let go. Delhi has also opted not to keep Shreyas Iyer, its IPL 2020 captain.

Salary Cap – 90 Crores
Old Franchises:By November 30th, 2021, the players who will be kept will be named; a maximum of four players will be retained. Three Indians and no more than two foreigners are allowed.
New Franchises: Between December 1st and December 30th, 2021, two new clubs must confirm their three players outside of the auction. 2 Indians and 1 foreigner maximum
RTM Cards: This time around, there will be no Right to Match (RTM) cards.
The BCCI has also specified how much money will be withheld from the salary ceiling depending on their retention selections.