Dinesh Karthik, who is also in England as part of the broadcast crew, has hinted that if given the chance, he could wear the gloves as well. 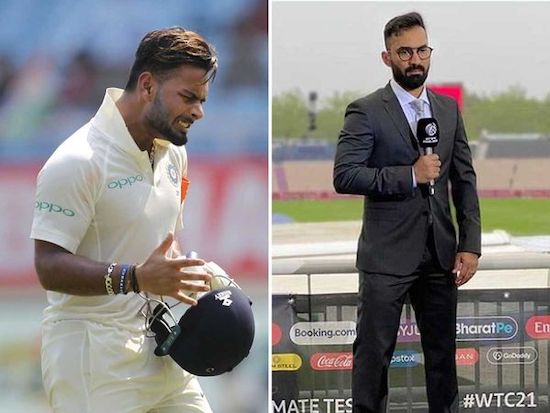 Team India is having a difficult time in England, as wicketkeeper Rishabh Pant has been diagnosed with Covid-19, and another keeper, Wriddhiman Saha, is quarantine after speaking with a positive staff member. That means that if these two are not match fit, Team India's only choice is to field KL Rahul as the keeper.

However, Dinesh Karthik, who is also in England as part of the broadcast crew, has hinted that if given the chance, he could wear the gloves as well. Karthik came to Twitter to say that he is ready for the part in a subtle way. 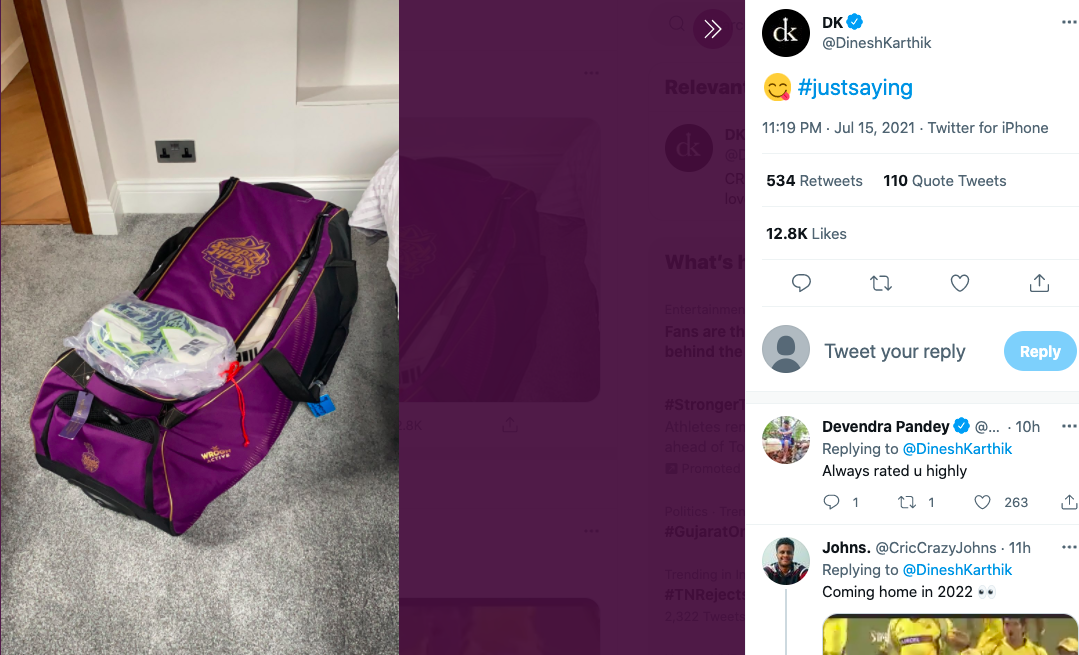 “A lot will rely on how the IPL unfolds, so looking forward to doing well for KKR and let's see if that helps me (make the Indian team),” Karthik had said earlier in an interview.


Karthik was even part of India's recent visit to England in 2018, where he played in the first two Tests.

“Well, it's always difficult to play for India. You don't realise how difficult the sport is until you're outside. According to the statistics, I've done well over time. Who knows whether I perform well in the second part of the IPL," he remarked.

“Pant, who had not been at the team hotel throughout the break period, tested positive on 8th July,” BCCI said in a statement announcing Pant's positive result. He has no symptoms and is currently self-isolating at the location where he tested positive. The BCCI Medical Team is keeping a tight eye on him and he is on the recovery. He will be able to join the squad in Durham after returning two negative RT-PCR tests.

“The BCCI Medical Team has identified B. Arun, Bowling Coach, Wriddhiman Saha, and Abhimanyu Easwaran as close contacts of Garani, who was in the team hotel when RT-PCR tests revealed he was positive on July 14th. The four members of the team will be isolated for ten days and will remain in their own rooms at the team hotel in London, according to the BCCI.