All the players were enjoying holidays with their family just after the World Test Championship final played in Southampton on 23 June. 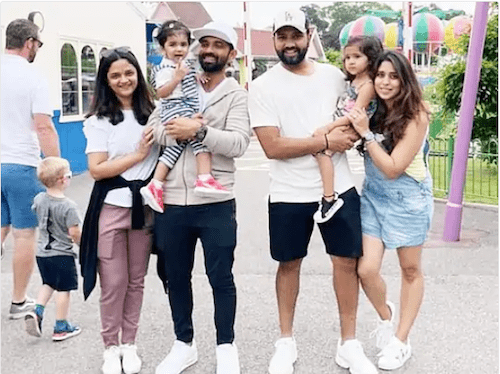 Indian cricketers had a lot of fun in England.
Rohit Sharma and Ajinkya Rahane roamed with their families without a mask whereas R Ashwin enjoyed Wimbledon. Not only this, Rishabh Pant came to watch the football match.Now what more to say. Indian cricketers are roaming carefree without mask and are breaking COVID protocols in England.

Two players, including wicket-keeper batsman Rishabh Pant, were found to be test positive. The report of one of them has come negative. While Pant is still in isolation, whose second test will be done on July 18. Amidst the Corona epidemic, this trouble has come to the team only because of carefree attitude of the Indian players. All the players were enjoying holidays with their family just after the World Test Championship final played in Southampton on 23 June.

Rohit Sharma and Ajinkya Rahane were seen roaming in crowded areas with family without masks. Wicket-keeper batsman Rishabh Pant had come to watch the match of football tournament Euro Cup, while spinner Ravichandran Ashwin was also enjoying the match of tennis tournament Wimbledon.

See PICS of indian cricketers enjoying with their families in England. Despite the fact that some players, including Mohammed Shami, were given the second dose of the vaccine in England itself as COVID cases are still rising, Indian players as well as BCCI should follow the Bio Bubble protocols. But the carefree attitude of Indian cricketers including coach land them into trouble.

Now this all happened just before a day players were supposed to gather in the team bio-bubble.

The BCCI sanctioned 20-day break ends on Thursday, and the players will reunite in Durham ahead of their three-day warm-up game against a County Championship XI team on July 20.

Many objections were raised after the BCCI awarded Indian players a 20-day respite following their humiliating loss in the World Test Championship final, but the board ignored all of them. Also Read: Rishabh Pant, two others tests COVID positive during England tour; players seen violating safety norms

When the BCCI approved the break, coronavirus cases in the UK were on the decline, but the local government eased coronavirus restrictions, allowing for large crowds at sporting events, and things quickly changed as cases started to grow dramatically.

It should have been enough for the players to refrain from going into crowded places but they didn’t care and went ahead with their plans.

While the BCCI hasn’t revealed the name of the player, True Scoop  has noted that the player was seen at crowded places during the three-week break and may have got the infection there.

As soon as the news became public, experts and fans took to Twitter to offer their views.

The BCCI's negligence was blamed by the majority of them, who didn't object to players watching live matches despite the fact that the number of cases was constantly increasing in the country.

Harsha Bhogle, one of the most respected names in the broadcasting industry, said “An Indian player tests positive. Inevitable. Unless there is a strict protocol during the tests for both teams, there will be more cases”. 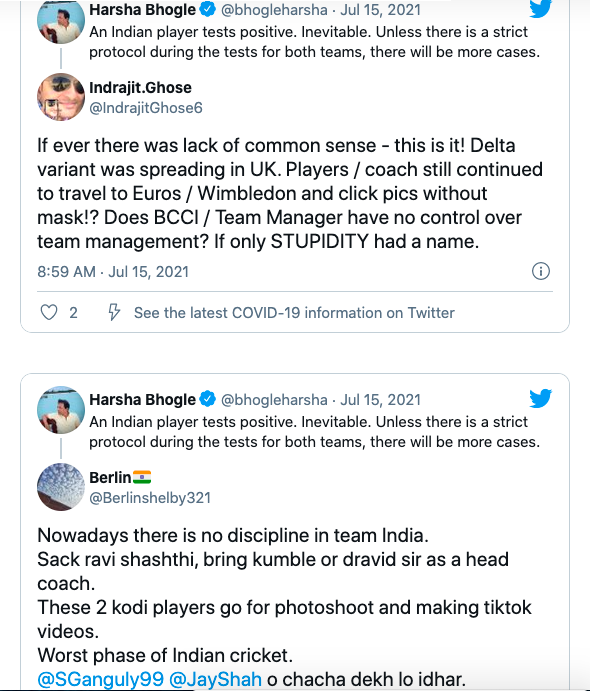 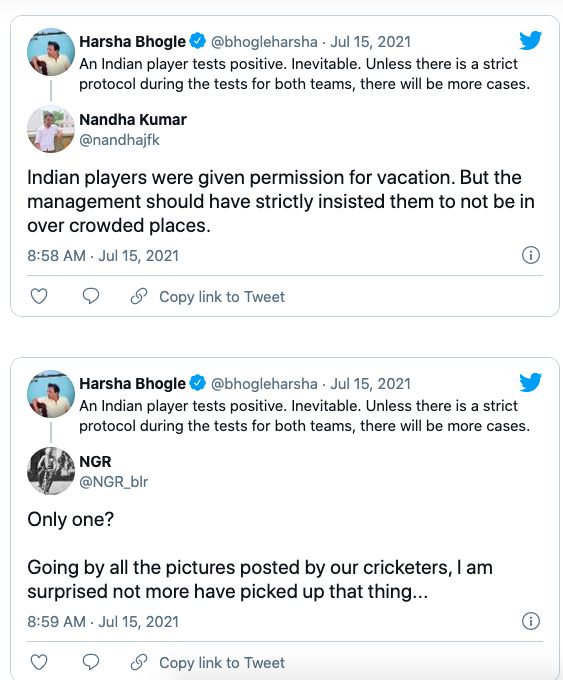 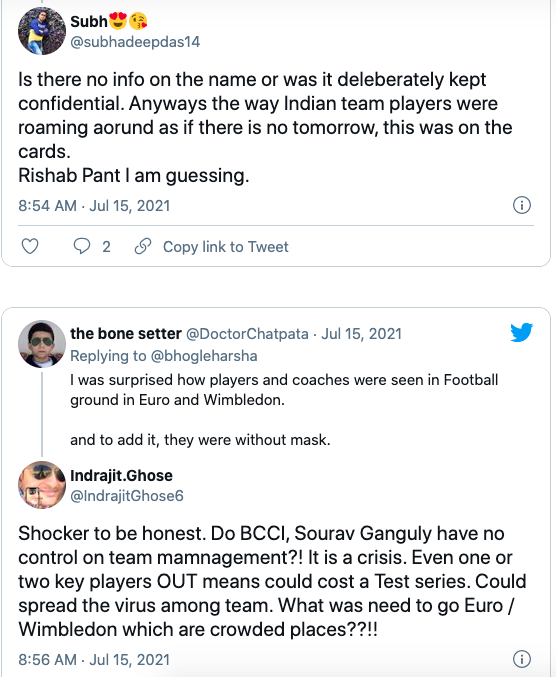 Meanwhile fans accused the BCCI of turning a blind eye to the changing reality and questioned why it did not issue a new set of guidelines when the number of cases increased.