While the effort is commendable, it does not provide the desired outcomes. 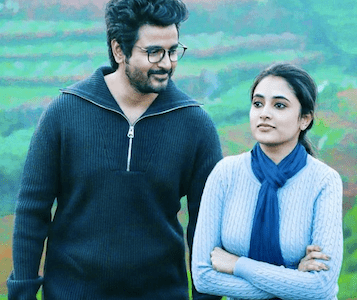 Varun (Shivakarthikeyan) is a military doctor. With his partner Padmini (Priyanka Arul Mohan), he enjoys a steady love life . Unfortunately, things did not turn out as they had hoped, and they decided to call it quits. Varun Doctor begins with the break-up of a relationship when it is discovered that Padmini's younger sister has been kidnapped.

How can Doctor Varun track down the kidnapper and uncover a massive abduction ring? What happens to the love story after the end of the basic narrative of the film
Also Read: NCB Raids Film Producer Imtiaz Khatri’s Home, Office in Mumbai's Bandra Amidst Aryan Khan Drug Case

Shivakarthikeyan's typical flamboyant and chirpy attitude is missing. He assumes a more calm, poised, and subtle attitude, making a conscious effort to avoid his usual demeanour. While the effort is commendable, it does not provide the desired outcomes. When Shivakarthikeyan is attempting to be measured and composed, he seems rigid at times.
Also Read: Sidharth Shukla gets posthumous award for ‘Broken But Beautiful 3’, emotional SidHearts congratulate late actor

Priyanka Arul Mohan is the heroine who bears her name. She had a song in the beginning but then has nothing to do. She's a member of the family gang, but that's all there is to it.

The script is essential. The plot is a combination of humour and investigative thriller aspects. The first skillfully blends the clues to track down the kidnapper with the pleasure going around it. A handful of blocks are really amusing. They'll undoubtedly leave the crowd speechless. They are, in the end, what make the first half of the film watchable.


Doctor movie- Direction
Varun Doctor gets back on track once the kidnapping aspect is revealed, after a somewhat ordinary start. From then, the real fun and drama begin. In many respects, it resembles the director's first film. The problem is serious; the entire family is involved, resulting in unexpectedly humorous circumstances. While all of this is going on, the lead is still quite serious.

Nelson Dilipkumar, runs out of energy in the second half. Things take a considerably more serious turn after the intermission. The enjoyment has vanished. However, as a result of it, a more serious issue arises. While the 'comedy' rescues and improves the first half, it does so at the expense of true emotions. There is no emotional link between the kidnapped girl and her family.


Doctor movie- Music, Cinematography and Story
Anirudh's music is good. Only one song is reflective of his style. As predicted, he delivers on the background score. The most of it is decent, with a few exceptions. Vijay Karthik Kannan's cinematography is excellent. It contributes to the sleek appearance and feel, along with the editing. The story writing is a bit of a mishmash.
The film is a full-fledged commercial entertainment, according to netizens who watched the early morning shows. 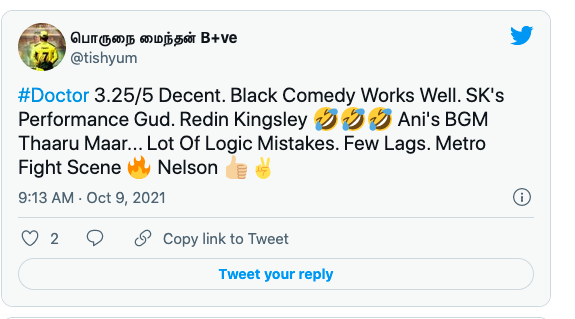 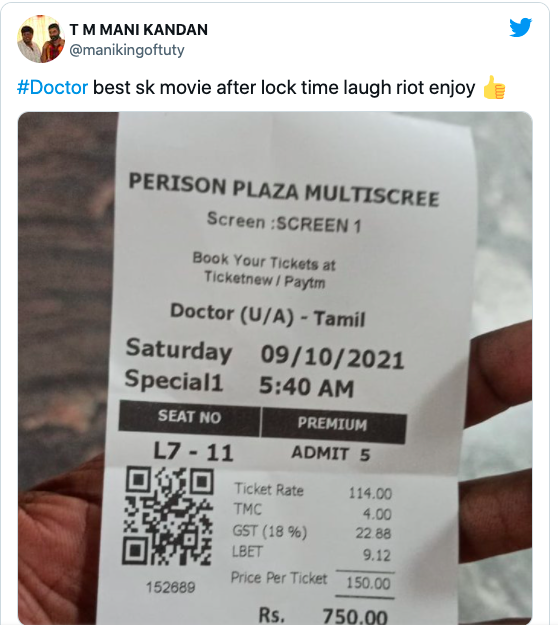 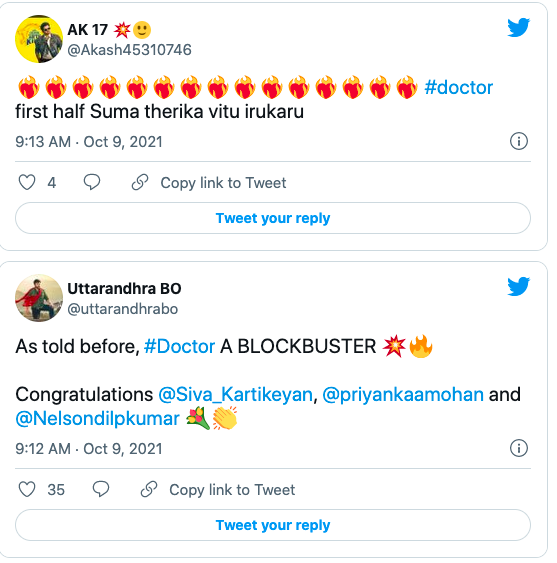 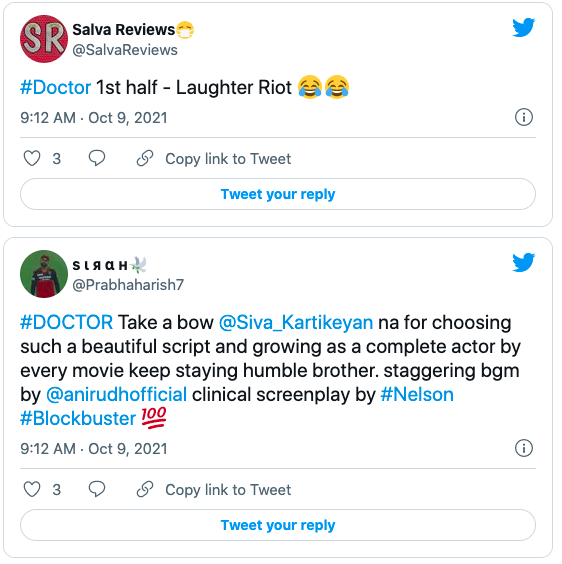 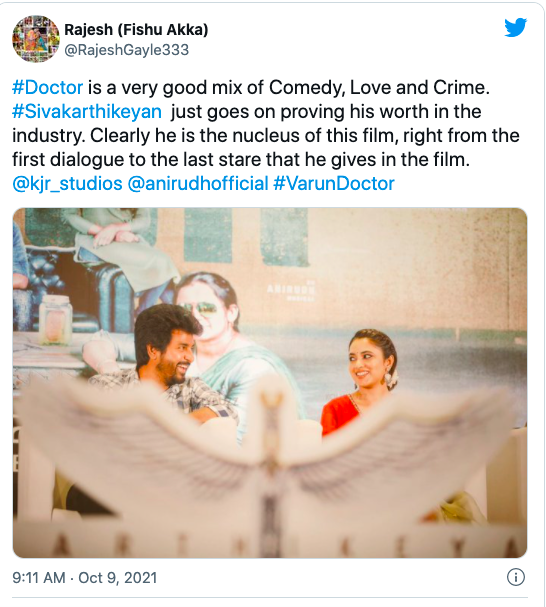