The Culture Ministry said it received more than 8,600 bids during the E-auction. 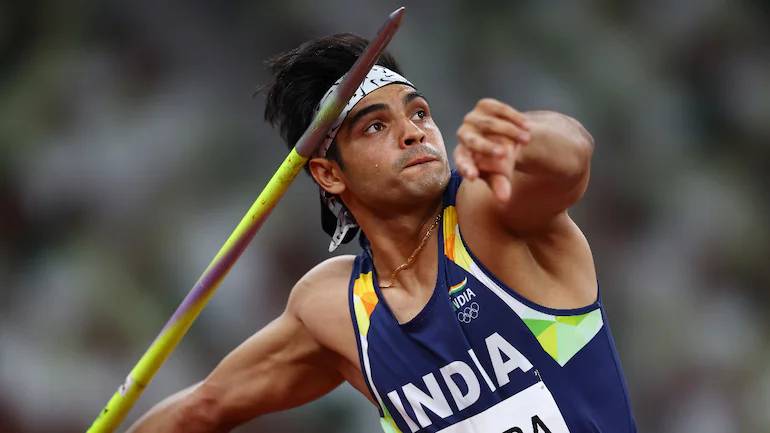 Neeraj Chopra’s javelin that made him win a gold medal at the Tokyo Olympics has received the highest bid in the online auction of gifts and mementoes that was started on September 17.

The Culture Ministry said that the legendary javelin has earned Rs 15 million, in the auction and will be given for the Namami Gange initiative.

The E-auction was scheduled to end on Thursday and in total 1348 mementoes were put up for auction and over 8600 bids were received.

The 23-year-old made history when he won India’s first Olympic medal in athletics - a javelin gold.

The Angavastra autographed by the Tokyo 2020 Paralympic contingent has got the highest bid of Rs one crore.

While Lovlina Borgohain’s boxing gloves are sold for Rs 91 lakh. Borgohain got a bronze medal for India in boxing.

Items kept for the bids included a decorative mace, replica of the Statue of Unity, a Charkha and a bell.

The sculpture of Sardar Patel has received the maximum of bids that were 140, followed by a wooden Ganesha (117 bid bids), a memento of the Pune metro line (104 bids) and a memento of Victory flame (98 bids).

The total proceeds of the online auction were not known as the bidding was still continuing, said the government officials.