Vote counting to happen on November 2. 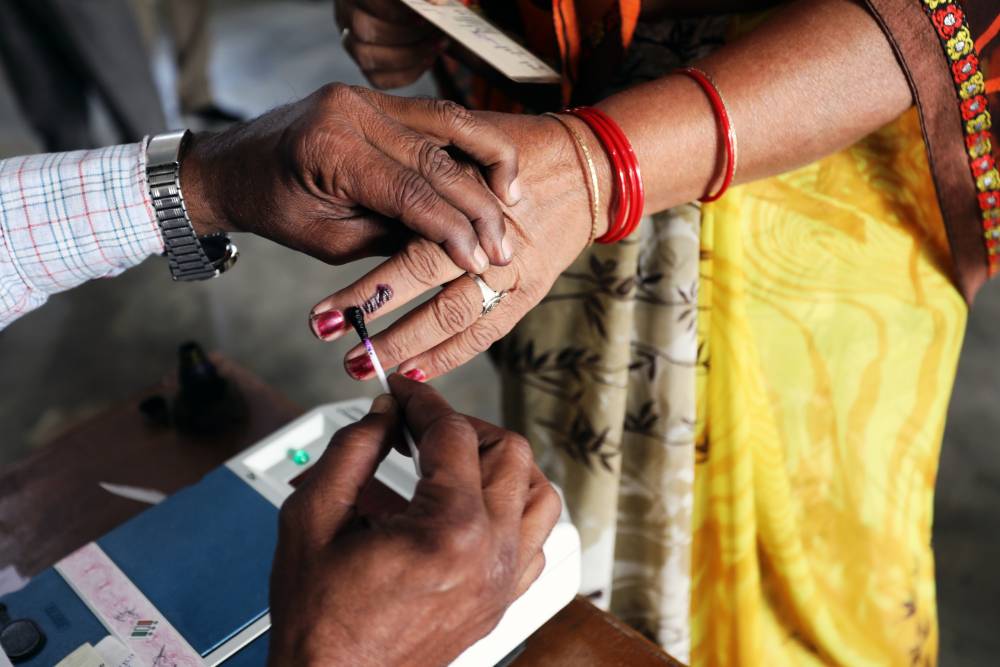 Bypolls to three Lok Sabha seats parliamentary constituencies of Union Territories of Dadra and Nagar Haveli and Daman and Diu, Madhya Pradesh and Himachal Pradesh and 30 Assembly constituencies across 14 states will be held on October 30, the Election Commission announced on Tuesday.
Vote counting is to happen on November 2.
The Commission has chosen to hold these by-elections to fill vacant seats and the poll dates have been fixed according to provisions under Section 30 and date of withdrawal under Section 30(c) of the Representation of the People Act, 1951.
According to the schedule chart, the last date to fill in the nominations in the assembly constituencies of Andhra Pradesh, Haryana, Himachal Pradesh, Karnataka, Madhya Pradesh, Maharashtra, Meghalaya, Mizoram, Nagaland, Rajasthan, Telangana and Parliamentary Constituency of UT of Dadra & Nagar Haveli and Daman & Din, Himachal Pradesh, Madhya Pradesh has been fixed for 10 October, date of scrutiny of nomination is October 11 and withdrawal of candidature 13 October, date of poll is 30 October and while the votes will be counted on 2 November.

Although the dates of election and counting votes remain the same for Assam, Bihar and West Bengal by-elections, their nomination dates, scrutiny of nomination and withdrawal of candidature are finalised on 8,11 and 16 October respectively.

Assam will go for polls for five seats, four are in West Bengal, three each are in Madhya Pradesh, Himachal Pradesh and Meghalaya, Bihar to go for two seats, Karnataka and Rajasthan and one each is in Andhra Pradesh, Haryana, Maharashtra, Mizoram, Nagaland and Telangana.
The EC in a statement said: “The Commission has reviewed the situation related to a pandemic, flood, festivals, cold conditions in certain regions, feedback from concerned States/UT and taken into consideration all facts and circumstances and it has decided to hold by-elections to fill vacancies in three Parliamentary Constituencies of UT of Dadra & Nagar Haveli and Daman & Diu, Madhya Pradesh and Himachal Pradesh and 30 vacancies in Assembly constituencies of various states.”
Given the Covid pandemic, the EC has issued guidelines that say meetings must have only 30% of the allowed capacity or only 200 persons can attend the poll meetings, whichever is less and a register to count the number of people attending the meeting must be maintained.

Meanwhile, outdoor meetings in case of star campaigners should have 50% of capacity or 1,000 and 50% of the capacity or only 500 people in all other matters. The entire area will be cordoned off and police to be deployed to guard. People entering the ground will be counted and monitored and expenditure for the cordoning/barricading will be the parties or candidates responsibility. Besides, only those grounds which are completely cordoned/ barricaded shall be used for rallies.

Further, the number of star campaigners will be limited only to 20. No roadshow and motorbike or cycle rallies have been given permission.