Mr Sethi wanted to increase his productivity, hence he went to Craigslist in search of a person who would slap him willingly, every time he opened Facebook while he was supposed to be working. 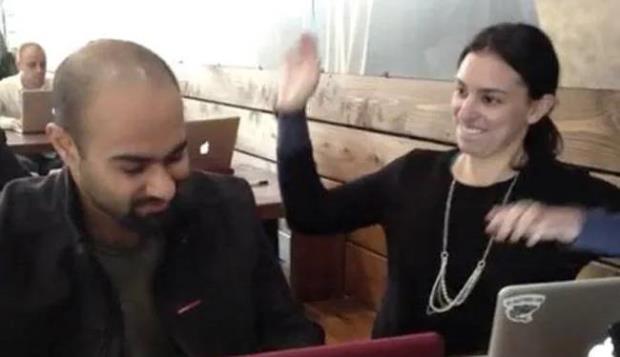 Maneesh Sethi, an Indian-American entrepreneur who founded a wearable device brand Pavlok had once hired a woman off Craigslist to slap him every time he opened Facebook, an idea that has impressed Elon Musk.


His peculiar idea was released on Craigslist back in 2012 and has gone viral on the internet after nine years after Tesla CEO Elon Musk dropped a reaction for it using fire emojis.


Mr Sethi wanted to increase his productivity, hence he went to Craigslist in search of a person who would slap him willingly, every time he opened Facebook while he was supposed to be working. He hired a woman named Kara, for $8 an hour to keep an eye on his screen and slap him if he scrolls on the social media platform. "I hired a girl on Craigslist to slap me in the face everytime I used Facebook," Sethi writes in his blog, adding that his experiment led to remarkable results. According to the Pavlok CEO, his productivity spiked by 98%.

Recently, an image of Kara slapping Mr Sethi for opening Facebook resurfaced on Twitter and caught the attention of Elon Musk, who responded to the picture with fire emoji that signifies something cool or awe-inspiring.

Elon Musk's tweet scored nearly 10,000 'likes'; it, however, left Mr Sethi in doubt. He responded to Musk’s tweets saying, “I'm the guy in this picture. Is @elonmusk giving me two emojis the highest I'll ever reach? Is this my Icarus flying too close to the sun moment? Was that implied by the fire symbols Elon posted? Time will tell.”

Kara slapping Sethi whenever he got distracted from work had helped him improve his professional productivity. “My average productivity runs around 35-40% on most days. When Kara sat next to me, my productivity skyrocketed to 98%,” he explained in his blog post.

He also used this idea to promote his brand Pavlok citing that he has found an alternative to hiring a slapper helping him with his productivity levels. “And in the off chance anyone sees this, I founded a wearable device company to change habits based on this experiment. @pavlok. Wearable device that delivers an electric zap and positive sensations to reward good habits and break bad ones,” tweeted the CEO.