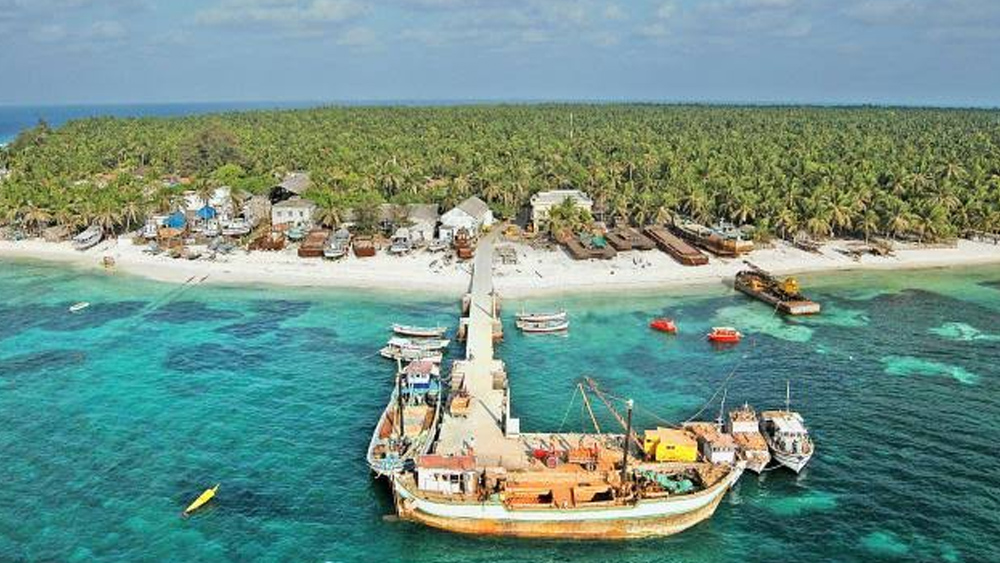 Since the death of Dineshwar Sharma, the former Administrator of Lakshadweep in December 2020, the UT is in turmoil. Praful Khoda Patel, who took the charge as new administrator in Lakshadweep has recently passed various drafts regarding some changes in UT, which the residents consider as an assault on nature.

The residents of Lakshadweep take pride in their traditions. The island is protected under special provisions. The sales of liquor are not allowed on the island, outsiders cannot buy land there, and non-resident can not visit the island without special permission from the administration.

However, for the past few days, #SaveLakshadweep is trending on Twitter. A large section of Kerala, including celebrities, politicians, netizens and the general public are infuriated by some of the changes proposed by Lakshadweep's new Administrator Praful K Patel.

According to reports, the changes brought about by Patel are destructive and they directly target the Muslim population in the region. However, BJP has backed up these reforms by saying these are only meant to end the ‘corrupt practices’ of politicians.

People’s representative in Lakshadweep claims that no public consultation was held before the reforms were brought by Patel. Residents fear these reforms will destroy the traditional life and cultural diversity of the Island.

The Lakshadweep Development Authority Regulation by Patel would allow for “orderly and progressive development of land in both urban and rural areas and to preserve and improve the amenities thereof; for the grant of permission to develop land and for other powers of control over the use of land.; to confer additional power in respect of the acquisition and development of land planning.”

This regulation will allow for building, engineering, mining, quarrying and other such practices on the ecologically rich island.

Further, this regulation allows for a plan which will indicate land or zones that can be identified for parks, industries, residential or commercial use, national highways and so on. It gives the power to evict anyone who is found to occupy land under a final scheme formulated under the proposed law.

Allegedly, Patel has ordered to widen the roads and demolish houses even though the Island has very few vehicles and mostly two-wheeler's.

Around 10 inhabited islands comprising Lakshadweep having a population of over 60,000 people are located nearly 150-200 miles from Kochi. The population of these areas is mostly Muslim and relies on Kerala for medical facilities to higher education.

However, these new reforms allegedly meant to cut the Island’s link with Kerala. According to reforms the islander should not rely on the Beypore port for freight transit and should depend on Mangaluru port.

Under Lakshadweep Animal Preservation Regulation, the administration has closed all dairy farms operated by Animal Husbandry Department. The law bans slaughter, transportation and selling or buying of beef products. Allegedly, Patel has also ordered to cut the non-vegetarian menu from midday meals. Here residents argue that unlike the mainland the island does not get good vegetables. “Non-vegetarian food and beef are a part of our culture.”

On this Kerala CM, Pinarayi Vijayan said, “Lakshadweep and Kerala are mutually dependent. Through education, employment, medical treatment and trade we are connected to each other. But now, there are attempts being made to destroy this connection. Such stands are taken on narrow thought. The authorities should withdraw from such attempts.” He further added that this situation is a threat to the life and culture of the island’s residents.

Allegedly, the administrator has also destroyed sheds where fisherfolk kept their nets and other equipment and gave a reason that these violate the Coast Guard Act.

According to reports, 38 anganwadis are closed and 190 people are terminated from the Tourism Department along with educational institution staff. “Hundreds of contract laborers working under various departments of UT have lost their jobs,” said Lakshadweep Student Association President.

Under Lakshadweep Panchayat Staff Rules, any candidate having more than two children would be ineligible to contest in elections. Residents believe this law is proposed to bar many prominent leaders from taking part in elections.

Along with these, the administrator has proposed Goondas Act despite the crime rate on the island is almost negligible. People fear that once the law comes into action the authorities can put anybody in jail who protests.