Twitter has asked for additional three months to bring the laws into effect. 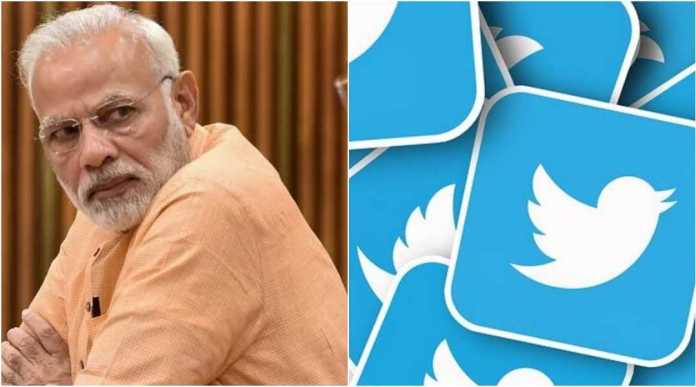 The Narendra Modi led government has been involved in a series of disputes with the American tech company Twitter alleging the platform of spreading fake news and not respecting the law of the land.

The tension between the tech firm and the Indian government mounted when the centre came up with new Information technology rules to have control over the platform. Multiple notices were sent to the company saying it would lose its intermediary protection if it fails to comply with the recently announced laws.

Twitter has asked for additional three months to bring the laws into effect.

The new set of rules require the company to restrict a range of topics in their service, kowtow with the government's policies and censure orders and identify the source from where the information has been shared. Falling to comply with the rules, the tech firm employees will be subjected to criminal proceedings.

Experts and activists on the escalation of the frictions between the government and microblogging platforms say that this could result in the curtailment of Indians’ online speech.

Samir Jain, director of policy at the Center for Democracy & Technology, a digital rights advocacy group said: “Absent a change in direction, the future of free speech in the world’s largest democracy is increasingly imperilled.”

Online users will have less freedom of expression and limited access to news and entertainment which the government doesn’t approve of. Therefore, the rules will undermine the democratic setup of India, added Jain.

Conflicts between the two parties kicked off in February when the IT Ministry announced a series of new rules for social media sites and digital news outlets, called the Intermediary Guidelines and Digital Media Ethics Code. It held that social media platforms such as Twitter and Facebook will have to censor speech according to an expanded set of definitions and takedown content within 36 hours of the government's order

Experts have no positive thoughts on the rules. The Electronic Frontier Foundation, a United States-based digital rights group, claimed that these rules will have significant implications on the privacy and freedom of expression since they “create new possibilities for government surveillance of citizens."

The foundation further adds that the new laws “threaten the idea of a free and open internet built on a bedrock of international human rights standards”.

The government's hostility towards Twitter started much before the rules came into effect. The central government charged Twitter to strike down hundreds of accounts that featured criticism of the state in communion with the massive farmer protests that have been ongoing since November 2020. The social media site had initially denied the mandate, however, eventually gave in after the local employees were threatened with getting imprisoned. In a blog post, the company said, “we do not believe that the actions we have been directed to take are consistent with Indian law.”

Further issues erupted when the new rules came into force on May 26.  Since then the ruling BJP-led government has been in a public battle with Twitter.

Twitter asked for three more months to comply with the new IT rules that went into effect on May 25 and the centre began taking on the American tech firm.

New Delhi police on May 24 visited Twitter India's office to deliver a notice, the office was closed at the time and then released a video of officers entering the building and searching the offices on local TV channels.

Days later Twitter tweeted saying it was “concerned by recent events regarding our employees in India and the potential threat to freedom of expression for the people we serve.”

“We, alongside many in civil society in India and around the world, have concerns with regards to the use of intimidation tactics by the police in response to enforcement of our global terms of service, as well as with core elements of the new IT rules,” said the company.

Twitter's office was raised by the Delhi Police in a case where the government was annoyed over labelling BJP'S Spokesperson Sambit Patra's tweet relating to Congress toolkit, which was termed as “manipulated media” by the social network. Further on June 16, the Uttar Pradesh police questioned Twitter India's head for permitting an elderly Muslim man’s hate crime allegations to be published on its platform.

Meanwhile, Twitter has moved to the Supreme Court to stay any coercive action. It should be noted that the Muslim man's allegations were published across social media sites, everything came down heavily only on Twitter.

Earlier this month, Twitter had received a letter from the government saying it was giving the firm one final notice, adding that if it fails to abide by the rules, it will face “unintended consequences."

“It is beyond belief that Twitter Inc. has doggedly refused to create mechanisms that will enable the people of India to resolve their issues on the platform in a timely and transparent manner and through fair processes by India based identified resources,” the letter said.

On the criticism regarding the new rules restricting online speech, India’s Ministry of Electronics and Information Technology (MeitY) in a statement said: “Protecting free speech in India is not the prerogative of only a private, for-profit, foreign entity like Twitter, but it is the commitment of the world’s largest democracy and its robust institutions."

Those who are critical of the government's new IT rules are also sceptical of the tech industry’s response.

Mishi Choudhary, a technology lawyer and founder of India’s Software Freedom Law Center said, it is “not an existential crisis as everyone will have us believe."

Users will be compelled to hold back rather than participating and taking an active role in discussions about their basic rights, she added.

“Some of the companies are still playing the game of ‘we are a sales office’ or ‘our servers are in California,’ frustrating anyone who comes to their legitimate defence as well,” Choudhary said further.

Free speech, though is an internal part of India's constitution, comes with several restrictions. Tech firms find the Indian market a prospect to expand their firm's reach.

In India, a ban is imposed on those expressions that threaten “the sovereignty and integrity of India, the security of the State, friendly relations with foreign States, public order, decency or morality, or about contempt of court, defamation or incitement to an offence.”

Even before the tiff between the tech firm and the government took off, India was among the top counties in the world that sought limitations on speech.

India was one of the top five nations between January 1, 2020, to June 2020 to ask Twitter to remove content.

Earlier, the government had demanded Twitter to block 500 accounts including those of journalists, activists and opposition leaders, which was related to the violent red fort farmers protests. Several eminent journalists were charged with sedition and their accounts were upheld.

The government has also been unacceptable about criticism concerning its handling of the coronavirus pandemic. It asked the social media network to remove the mention of the B.1617 variant as the “Indian variant.”

In May, the centre had commanded the firm to revoke any mention of Indian variants on its platform and later it was named Delta by WHO.

Earlier, this month Twitter accepted the government's direction to block Punjabi-born Jaswinder Singh Bains, alias JazzyB who is a rapper. It was said his account has violated India’s Information Technology Act However, he believes his account was blocked because he supported the protesting farmers.

Jason Pielemeier, director of policy and strategy at the Global Network Initiative, an alliance of tech companies supporting freedom of expression online, wrote to the MeitY, calling the new rules problematic.

“Each of these concerns on its own can negatively impact freedom of expression and privacy in India. Together, they create a significant risk of undermining digital rights and trust in India’s regulatory approach to the digital ecosystem.”

Twitter isn't the only tech firm being affected by the new IT laws. WhatsApp in May had submitted a lawsuit against the Indian government alleging the new rules allow “mass surveillance.” The lawsuit says the laws are illegal and will “severely undermine” the right to privacy of its users.

However, former IT Minister Ravi Shankar Prasad in defence of the laws had said, "We respect social media a lot, it has empowered common people. Social media has a big role in the Digital India programme. We also respect criticism of the government through social media. However, if social media is misused to spread fake news, violence, then action will be taken."

“The culture of India varies like its large geography. In certain scenarios, with the amplification of social media, even a small spark can cause a fire, especially with the menace of fake news. This was one of the objectives of bringing the Intermediary Guidelines,” he added.

He further alleged that Twitter failed to comply with the intermediary guidelines and had deliberately chosen the path of non-compliance despite granting multiple chances, thus, it lost the chance of getting a legal grant in India.

Meanwhile, the Delhi high court has said that Twitter will have to comply with all the new rules made by the Central Government since they have not been stayed or argued by any court of law in the country. It said that the firm has to appoint three separate officers for the grievance redressal. The rules are formulated to make social media organizations more accountable and responsive to requests seeking the removal of posts.  The court also said that it won’t protect if the centre takes action against non-compliance.

As soon as taking the office, the new IT MInister Ashwini Vaishnaw too had sent out a loud and clear message to Twitter saying that it has to abide by the laws to continue in India.

"All those who live and work in India will have to abide by the rules of the country," Vaishnaw said when asked about Twitter's reluctance to adhere to the government's new guidelines.

"Everyone will have to follow the law of the country," Vaishnaw said.