Explained: What is Mosquirix, world’s first malaria vaccine approved by WHO?

“This is a historic moment. The long-awaited malaria vaccine for children is a breakthrough for science, child health and malaria control,” said WHO Director-General Dr Tedros Adhanom Ghebreyesus. 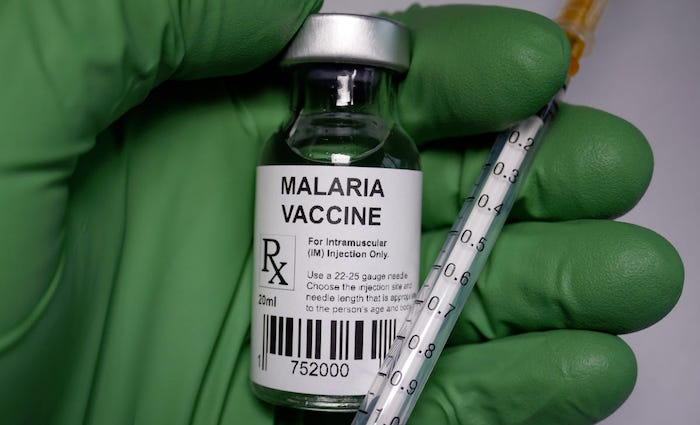 On Wednesday, the World Health Organisation (WHO), endorsed world’s first and only malaria vaccine - RTS, S/AS01 (RTS, S), trade name Mosquirix. According to the health body, the vaccine would be administrated to African children, who are severely affected by the life-threatening disease.

Dr Matshidiso Moeti, WHO Regional Director for Africa, was quoted saying, “For centuries, malaria has stalked sub-Saharan Africa, causing immense personal suffering. We have long hoped for an effective malaria vaccine and now for the first time ever, we have such a vaccine recommended for widespread use. Today’s recommendation offers a glimmer of hope for the continent which shoulders the heaviest burden of the disease and we expect many more African children to be protected from malaria and grow into healthy adults.”

According to the global health body, vaccine acts against P. falciparum, which is the deadly parasite-host of malaria. WHO has recommended the vaccine, base on results from an ongoing pilot programme in Ghana, Kenya and Malawi that has reached more than 8,00,000 children since 2019.

WHO Director-General Dr Tedros Adhanom Ghebreyesus said, “This is a historic moment. The long-awaited malaria vaccine for children is a breakthrough for science, child health and malaria control.”  “Using this vaccine on top of existing tools to prevent malaria could save tens of thousands of young lives each year,” he added.

According to the statics shared by WHO in 2019, more than half of malaria deaths worldwide are in six sub-Saharan African countries and almost a quarter are in Nigeria alone. Therefore, the health body has advised children in sub-Saharan Africa and in other regions with moderate to high malaria transmission to get four doses up to the age of two. The official site read, “RTS, S/AS01 malaria vaccine should be provided in a schedule of 4 doses in children from 5 months of age for the reduction of malaria disease and burden.”

According to the European Medicines Agency, the malaria vaccine would be given to children aged between aged 6 weeks to 17 months. The vaccine was developed by GlaxoSmithKline in 1987.

2.) The protection provided by the vaccine fades after several months.

Countries that have eliminated Malaria:

To have this certificate, countries must have 3 consecutive years of zero indigenous malaria cases.