Explained: Why Indian Rupee crashed against Dollar to a new record low

The question arises if India's GDP is raising, then why the value of the Indian currency is depleting on a record level? 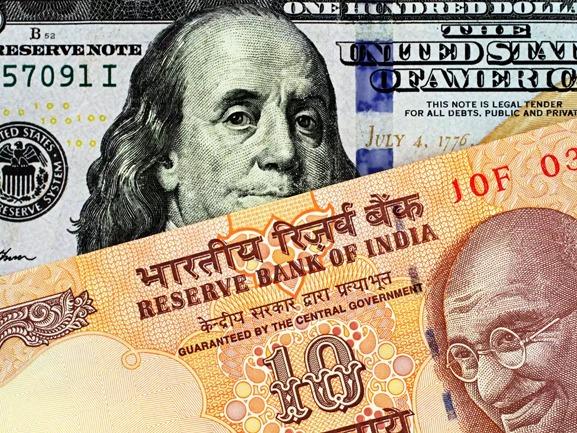 At a time when the Government of India is boasting its success of leaving behind the United Kingdom (UK) in terms of GDP, downfall of rupees continues deplete against the US dollar. Alarming bells raised after the Indian rupees fell to an all-time low of 81.85 against US dollar in early trade on the back of US Treasury yields climbing to fresh multi-year highs and dollar demand from importers. Now the question arises if India's GDP is raising, then why the value of the Indian currency is depleting on a record level?

To understand this we have to understand the banking functioning of the US' Federal Reserve Bank. To be precise, like there is Reserve Bank of India, USA has Federal Reserve Bank. Seeing by the Rupee-Dollar trend, the depletion of Indian rupees started after September 20-21. Notably, the Indian rupee started falling after USA's Federal announced increased policy rate. For the unversed, the USA's policy rate is same as RBI's repo rate. Therefore, from 79.79 value, the rupee fell down to 81.85 value (while writing this article). In fact, the recent rupee value depleted the most as compared to past 7 months. Now, another question arises what was Federal Reserve decision that it impacted rupees so much?

The Federal Reserve increased the Policy rate by 0.75 basis points i.e. increase in the interest rate. To understand more, India's repo rate was at 4 percent, but this year the government of India increased it to 5.90% in order to control the inflation. This increase can be said to be more than 140 basis point. Notably, Federal Reserve has been increasing its Policy rate aggressively since June this year. Almost everytime, it has increased almost 75 basis points.

Going by the common saying that when America sneezs, entire world catches cold, similarly, after USA's policy rate hike, the stock market of entire world started declining, including currencies, and commodities market. India's key indexes like NIFTY, SENSEX started declining after September 21, 2022. Therefore, it can be said that whatever the decision taken by the Federal Reserve, it impacts the Indian economy.

What the impact on Indian Economy?

The Federal Reserve is increasing the interest rate in order to control the inflation i.e. it is trying to decrease the money/liquidity present in the market. Due to COVID, crores of rupees were released into the market on very low-interest rate and due to that people had abundance of money and therefore demand increased, however, supply was not there. This is the reason, countries like USA, England or even India is worried about inflation. Therefore, the interest rate on the loan has been hiked.

To understand this we have to keep two things in mind. The first thing is the investors who have invested money in the Indian stock market has brought money from the USA. To be precise, we have to see whether the investors had borrowed the money from the USA on any interest rate i.e. 1% or 0.5%. Notably, during COVID, the US Federal Bank policy rate was only 0.15%. And therefore investors took loan from a low rate of interest from the US and invested it into developing markets like India to get an optimum return on the profit. Howver, the scenario of today has changed as the USA has increased its interest rate. And due to this, the investors are now selling/withdrawing their money from the Indian stock market and taking that to the USA.

The second point being is that the investors also earn money on the interest rates. For example, an investor borrowed money from the USA and invested in into Indian market. If they sell or withdraw their investment, they will take back the bonds (if they have invested in it) from the Indian market back to America. Ultimately, money has been going away from India and when dollar goes from India, there there will be shortage of dollar currency will take place. Therefore, if supply of anything is less, its price or value automatically increases. And this is prime reason why the value of dollar has been increasing, while the rupee has been depleting.

India's Union Finance Minister Nirmala Sitharaman had also responded to the decreasing value of the Indian rupees. Finance Minister Nirmala Sitharaman during a press conference in Pune had said that the rupee has 'held back very well' when compared to other currencies against the US Dollar. Furthermore, she had said that the Reserve Bank and the Finance Ministry are keeping a very close watch over the developments. "If any one currency which has held its own and did not get into fluctuation or volatility as much as other currencies it is the Indian rupee. We have held back very well," Sitharaman had said.