Explained: Will Varun Gandhi rebel against BJP & return to his roots?

Mothers Sonia and Maneka may not see eye to eye, but Rahul, Priyanka and Varun Gandhi seem to bond rather well. 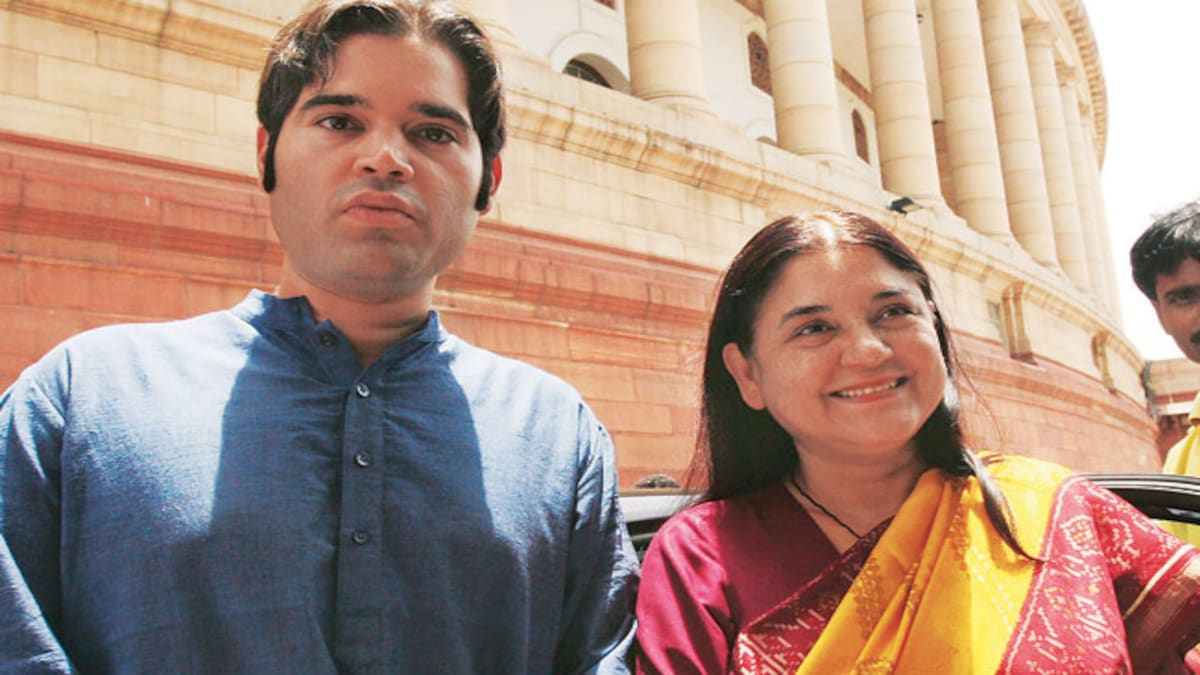 With the Uttar Pradesh Assembly election 2022 nearing, one can expect to see a major development in the political spectrum of state. With BJP leader Varun Gandhi rebelling against his party and speaking up for the cause of agitating farmers, several political enthusiasts speculate him returning to his roots- the Gandhi family.

A named politician and cousin of senior Congress leaders- Rahul and Priyanka Gandhi, Varun is a BJP MP from Uttar Pradesh Pilibhit. His mother, Maneka Gandhi, is a cabinet minister, a strong woman and a well-known animal rights activist, but in the 1970s and 1980s, she was a housewife- known in political circles as Sanjay Gandhi's wife.

Sanjay Gandhi's wife, Maneka Gandhi and son Varun have made a name for themselves in Indian politics by joining the Bhartiya Janata Party.

From the past few days, there have been certain reports of him leaving the BJP and joining Congress. However, such reports are not new.

Notably, Varun Gandhi has been advocating the need for dialogue between farmers, party and the government.

Mr Gandhi has been outspoken in his criticism of the violence in Lakhimpur Kheri, in which eight people, including four farmers, were killed. In his recent tweet, Varun called for "accountability for the innocent blood of farmers". He also shared a video showing how a vehicle run over peacefully protesting farmers.

"The video is crystal clear. Protestors cannot be silenced through murder. There has to be accountability for the innocent blood of farmers that has been spilled and justice must be delivered before a message of arrogance and cruelty enters the minds of every farmer," the tweet read.

He also asked the Uttar Pradesh Police Department to take note of the shocking videos on the internet and make "immediate arrests." Mr Gandhi had criticised those responsible for the deaths of farmers the day before and advised the government to be patient and cautious in its approach.

The farmers have alleged that the vehicle which hit them was run by BJP’s Ajay Mishra’s son Ashish.

Varun Gandhi also wrote to UP Chief Minister Yogi Adityanath, seeking a CBI investigation and compensation of Rs 1 crore for the families of the deceased farmers.

In early September, calling protesting farmers "own flesh and blood", BJP MP Varun Gandhi had urged the union government to re-engage with them to reach a common ground.

Sharing a small video of a crowd at 'Kisan mahapanchayat' in Muzaffarnagar on Twitter, Varun Gandhi said, "Lakhs of farmers have gathered in protest today, in Muzaffarnagar. They are our own flesh and blood. We need to start re-engaging with them in a respectful manner: understand their pain, their point of view and work with them in reaching common ground."

In July, Varun had humorously remarked that he’s unhappy with the government. He was reportedly said to be disgruntled as BJP high command miffed him for the berth of a minister.

Why Maneka and Varun are not in Congress?

The story goes back to the time when Indira Gandhi was Prime Minister. The sisters-in-law, Sonia and Maneka had a warm and sympathetic relationship.
Elder Sonia had more authority over the household and kitchen than Maneka. Maneka, on the other hand, preferred to help her mother-in-law with political speeches rather than spend time in the kitchen.

Maneka was instrumental in rebuilding Indira's old image after the emergency, when she lost power.

However, Indira ended up trusting Sonia more than Maneka. Sonia became the Gandhi family's favourite for a variety of reasons. She also opposed Maneka's entry into Indian politics.

Maneka, on the other hand, was allegedly disheartened by Sonia's strategy of portraying Sanjay Gandhi in a negative light and projecting Sonia and her children as the sole inheritors of Indira Gandhi's political legacy.

When Indira learned about Maneka's political ambitions, she told her to leave her Safdarjung Road home and Sonia made no move to mediate between the two.

After several such events, on March 31st, 1982, the 26-year-old widow of Sanjay left the Prime Minister’s residence with her three-year-old son Varun.

Will Varun and Maneka return to Congress?

Mothers Sonia and Maneka may not see eye to eye, but Rahul, Priyanka and Varun Gandhi seem to bond rather well. In the UP 2019 elections too, Varun denied speaking evil of the Gandhi family and his cousins.

Despite several political dramas, the cousins are always there for emotional support in family matters.

However, on the question of leaving BJP and returning to his roots, Varun in 2019 claimed that “the day I leave the party will be the day that I pack my bags and leave politics.”

But politicians never fail to shock the people by doing something that they previously claim “will never do”. The same could be expected with Varun and Maneka.

The reason for staying away from Congress was a spat between Maneka and Sonia. Now, Sonia is serving the party as “interim” president and plays almost little to no role in the party’s decision.

Rahul and Priyanka Gandhi have taken charge of the party, which may influence the long lost Sanjay Gandhi family to return home.

Experts claim that if Varun Gandhi joins Congress, it would be a major advantage to the party in upcoming state elections.