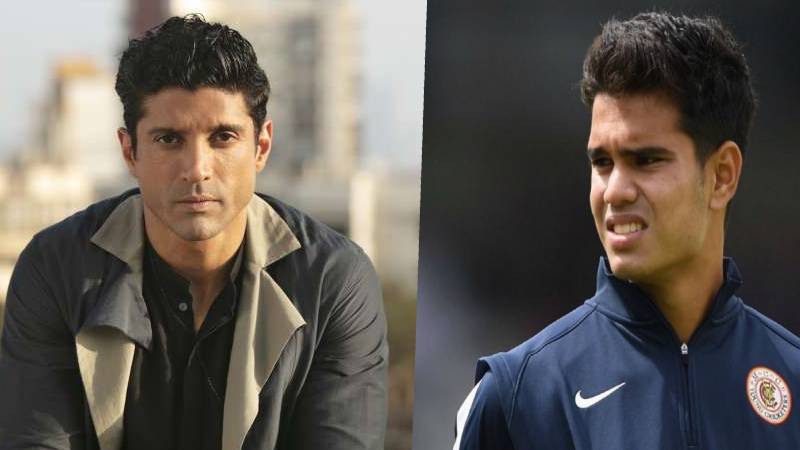 Sachin Tendulkar's son Arjun is all set to play the Indian Premier League (IPL) for the first time. He was bought by the Mumbai Indians at an auction on Thursday for the 14th season at a base price of Rs 20 lakh. After this Arjun said that he is eagerly waiting to play in the league. Arjun shared a video on social media. In it, he said, "I have been a fan of Mumbai Indians since childhood. Thanks to the team owner, coach, and support staff for trusting me. Excited to join Mumbai Paltan and desperate to wear the blue gold jersey. '

However, the auction of Arjun in the Mumbai Indians team irked a debate of nepotism and people started criticizing junior Tendulkar on social media.

Now, Bollywood actor and filmmaker Farhan Akhtar has come in support of Arjun. Farhan slammed people trolling and criticizing Arjun Tendulkar on social media and asked to not weigh him down. Farhan wrote, "I feel I should say this about #Arjun_Tendulkar. We frequent the same gym & I’ve seen how hard he works on his fitness, seen his focus to be a better cricketer. To throw the word ‘nepotism’ at him is unfair & cruel. Don’t murder his enthusiasm & weigh him down before he’s begun."