This cafe in Jharkhand's steel city has a special touch to it where your food is served using sign languages. 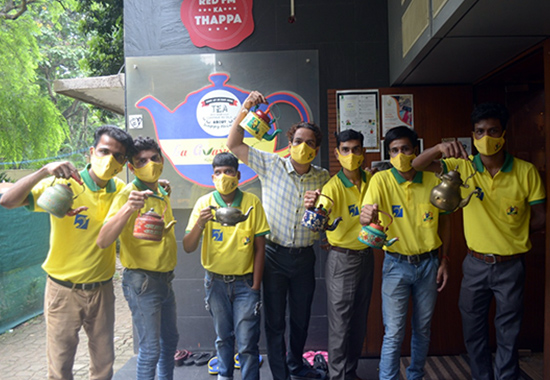 La Gravitea, a cafe in Jharkhand's steel city Jamshedpur might appear like any ordinary cafe from the outside, however, when you enter you realise the beauty of this eating joint. At the La Gravitea cafe, which is located 130 km from the capital city Ranchi, customers' orders are uniquely placed - using sign languages. Then in no time, you are served with a wide variety of freshly prepared lip-smacking food such as burgers, sandwiches, pasta and so on.

Five years ago, Avinash Dugar, an ex-Vice President working with a steel company in the city, thought of embarking on a journey to follow his heart and passion. He quit his 14 years long service and decided to open a cafe, yet the new stint wasn't simple.

What makes this eatery strikingly unusual in the industrial town is that its staff with cooks and waiters are mainly deaf and mute. Dugar had trained all of them on the spot to run the business and serve the customers with a smile on face.

Narrating an incident on what made him do something to support disabled people, Mr Dugar said, "In 2016, I started running a kiosk near JRD stadium, where a pair of siblings came to my point to have tea. The brother told me that due to his sister's hearing disability, she was rejected from job interviews multiple times."

Knowing about her desire to earn her living and how society is not welcoming to differently-abled individuals, Dugar decided to employ impaired staff at his restaurant with a thought to empower and provide this section of people with a ray of hope in life. 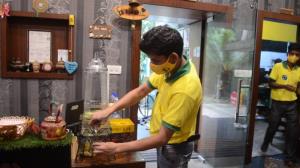 Speaking to TrueScoop, Mr Dugar said after sensing how such people are discriminated against in society, he decided to do something for them. He learnt sign language so that he could communicate with people who have hearing and speech impairments. It was not smoother for both parties as they didn’t know each other’s language, but sooner working together with the zeal and enthusiasm to make it happen, hiring them was possible; after they were trained regarding everyday operations involving a restaurant. Dugar feels happy to see them financially independent and the spirit they put in to pursue a respectable life.

La Gravitea is a favourite amongst the city people, not only for conceptualising this noble idea into effect but also for its friendly ambience and of course the delicious food. You also get to enjoy aromatic tea here. Around 150 exotic brews of tea are sourced from across 11 to 12 countries like China, Argentina, Nepal, Sri Lanka, Kenya, Japan, Vietnam and Brazil. 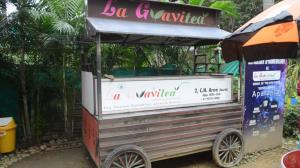 His staffers comprise 12 disabled people, out of which 9 are deaf and 2 are orphans. All of them are residents of Jamshedpur and are a young brigade between 20 to 30 years of age.

Further, Dugar describes the path he had gone on board as an uphill as convincing the family of these impaired children was the biggest challenge for him. Making their parents believe that they can work and get a good salary like any other normal person was challenging. Initially, it was a struggle for him to make them understand the work and for them to grasp the job. Mr Dugar made their parents get the picture that they could earn for their living and lead a life of honour. Eventually, after they visited the cafe and saw their disabled kids working, serving people with love and drawing a good salary brought never before happiness.

Avinash Dugar, a native of Rajasthan, was working in Kathmandu, Nepal before shifting to Jamshedpur. As he started growing in a steel company here, he decided to settle down in the city and do something creative that was always there in his mind. It was disrupting for him to break from his long term well-paid job and invest his finances in the business, which he was sceptical about. However, with the support and blessings of his family and well-wishers, the cafe was finally opened to the city with great efforts.

“I wanted to do something for the society that could be remembered by my family, friends and society. I never wanted an ordinary life,” he added.

Talking more on how this idea of opening a cafe exclusively dedicated to tea, Dugar said after quitting his job, he went on doing adventurous sports, travelling to different countries and exploring new things. It was during this time when he came across a beautiful cafe and was introduced to the world of wide-ranging varieties of tea. He then realised that in India people drink only the age-old generic tea. He was so inspired by the diverse range of this beverage, that he started reading books on tea, learnt how to make tea, visited farms, met a few stalwarts from the tea industry and after doing all his research, the concept of launching a cafe dedicated to tea was initiated. 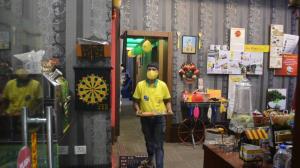 Cynical about his idea, Dugar first began with an experiment. He built a kiosk and sold around 70 varieties of tea near a stadium in the city and also served in some house parties. Running the joint for around 8 months, Dugar received a nod from his regular customers and friends to expand this kiosk into a cafe and that is how La Gravitea came into existence, he describes.

His daughter has been his biggest cheerleader, he adds with a broad smile.

Love from Jamshedpurians is what makes them perform better and better, he said.

Apart from serving hot refreshing tea and fresh delicious food, La Gravitea is also involved in various activities and campaigns like Honk free, Kite Krantea on Sankranti, Tango with Mango with the purpose to sensitize people about differently-abled people and the ill-effects of loud noise. Their flagship event Khamoshi that is held every year on 28 July, where hundreds of deaf from across the world participate and win cash prizes providing them with an opportunity to learn things and interact with their community. 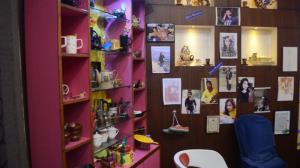 Talking about future plans, Avinash Dugar says he is efficiently working on expanding the cafe in five more countries that will be run by speech and hearing-impaired people. He is also set to develop India’s first-ever teapot museum that would have collections of antique teapots.

On being asked about how La Gravitea name was composed, Mr Dugar says it is taken from the French language, where L and G stand up for - Love All, Do Good. 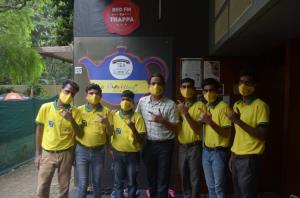 Sending out a message, Avinash Dugar urges people to pick up sign language, meet and interact with challenged people and open a small nukkad cafe where such people could get an opportunity to work. He says bringing a transformation in their lives may not provide you with billions but would give them a chance to lead a more valuable life and the sense of contentment of helping this neglected section of society will imprint greatness in your life.

Disabled people, Dugar says, are the most honest and energetically positive souls.