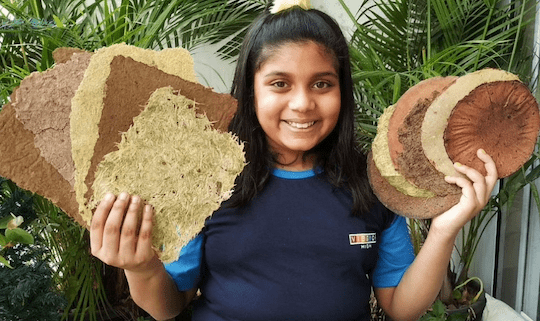 Manya Harsha describes herself as a sustainability influencer who is aiming to alter India's waste management system for a positive change. She participates in a variety of green initiatives as a volunteer and has been recognised by UN-Water for her efforts to preserve the environment.

What’s most inspiring is that she is only 10 years old.

Manya, an eco-activist and a Class 6 student at Vibgyor High BTM in Bengaluru, spends her time campaigning for environmental protection. Manya has always loved nature, having grown up in the lush surroundings of her grandmother's home. She realised she had to act when she witnessed the city's garbage problem worsen.
Also Read: #FirstStoryPositive: Kerala Female engineering students develop drone to track stranded people during disaster

Since then, she's organised children's walkathons, started a blog to raise awareness about environmental conservation and written five books on preserving nature. Manya recently organised a clean-up drive at Markonahalli Dam and Varca Beach in order to fight the problem of persistent garbage pollution. She was also honoured by the India Book of Records for being the youngest person to create animated short films to raise awareness in the year 2020. 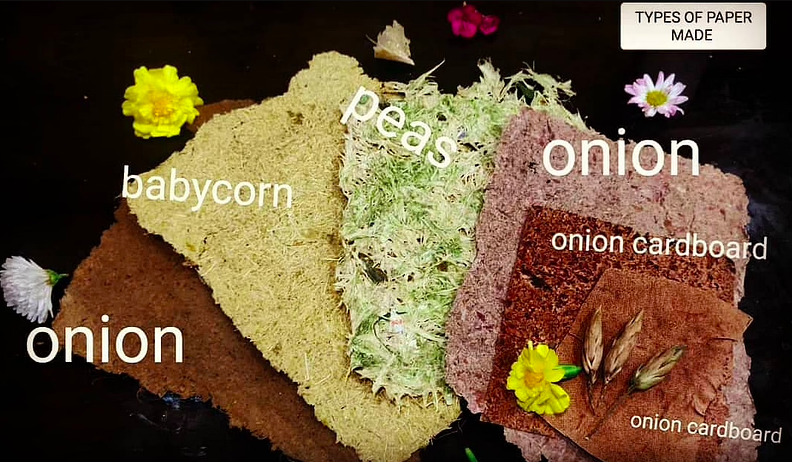 During her summer vacation, Manya discovered a novel approach for saving thousands of trees at no expense. Just 10 onion peels can be used to generate 2-3 A4 size papers using this procedure.

Manya says, "I wondered what else could be done with all the kitchen waste generated at home and eventually decided to try recycling it into paper." Also Read: #FirstStoryPositive: This 11-year-old girl conducts free classes for younger students amid lockdown


This young environmentalist explains how to produce eco-friendly papers from vegetable and onion peels:

1. To begin, instead of tossing the peels of any vegetable into the trash, gather them. Manya recommends applying particular peels to achieve the desired colour. Onion peels, for example, provide a purple-colored sheet, whereas corn husk produces a rough yellow one.

2.  The kitchen experiment comes next. In a cooker, combine the peels, water, and a teaspoon of baking soda. Allow it to cook for around 3 minutes.. “The baking soda aids in the breakdown of the pulp,” Manya explains.

3. When the timer goes off, put the compound in a liquidiser and grind it until you have the pulp. This pulp should be combined with cold freshwater.

4.  Spread the pulp mixture out on a flat surface. Ensure that all extra water has been drained from the mixture. Spread it out on a sieve or a thin cotton cloth to do so.

5.  Allow the spread to set for at least one night. Your sheet of coloured paper is now ready to use the next morning!

Manya shares her story on how her first effort at producing paper was a disaster. But she persisted in perfecting the process until she was able to produce sheets in a variety of colours and textures. “You can eventually use the lovely flower petals leftover from the festive season, or even the luscious green betel leaves for some soft textured paper,” she advises.