FirstStoryPositive: Meet this environment activist, who pastes photos of Gods on trees to save them

In Chattishgarh, an environmental activist pastes God pictures on trees to save them from being felled. 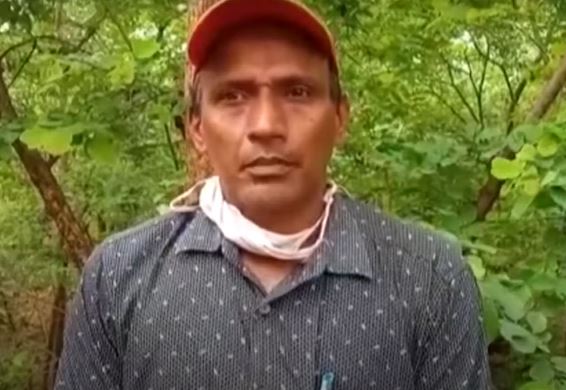 Our environment is harmed and the ecologist threats are increasing day by day. Many ecologists/environmentalists try to save our planet by planting trees or by saving the planted trees. In a bid to save the planet an environment activist, Virendra Singh, has been pasting pictures of Gods on the tress to save them from cutting for a proposed road in Chattishgarh’s Balod district.

Reportedly, the Public Works Department has purposed a road-building project, under which 8 kilometres road would be built and around thousands of trees would be cut. On this, a local environmental activist stood up and said that everyone needs development but no trees should be cut.

Also Read: FirstStoryPositive: This differently-abled cyclist is beating all odds to travel to Ladakh

He told the news agency ANI, “The authorities are saying that just 2,900 trees would be cut for the project, but since the small plantation is not considered, I fear that the actual number will be over 20,000. We want development, but don’t want forests to be harmed.”

Singh has also urged the village residents to join and save the tress as deforestation is the main cause of global warming and ecological imbalance. He tries to educate people about nature and its contribution to our survival.

“We have not received rainfall yet; somewhere there are incessant rains, others are not even getting their due share,” Singh said while adding, “Global warming and pollution both are a cause of deforestation. We have to save the trees to save the planet.”

To save the trees Singh and his mates have started a movement, which resembles Chipko Movement, started by Sunderlal Bahuguna in 1973 in Uttrakhand. 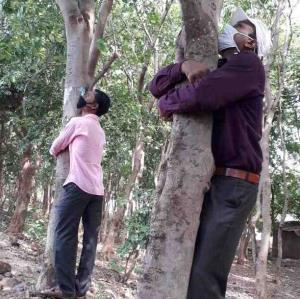 They also are pastes God's pictures to save the trees.

Virendra Singh said, “We started with the Chipko movement, then through poster banners at the intersections, then by tying the Rakshasutra and now by pasting photos of Lord Shiva on all the trees that will be cut, we are protesting against the cutting of trees.”