The post caption reads the following, "Those who feed the nation are being killed. There is no space for silence. #govofindia how will you justify this?" 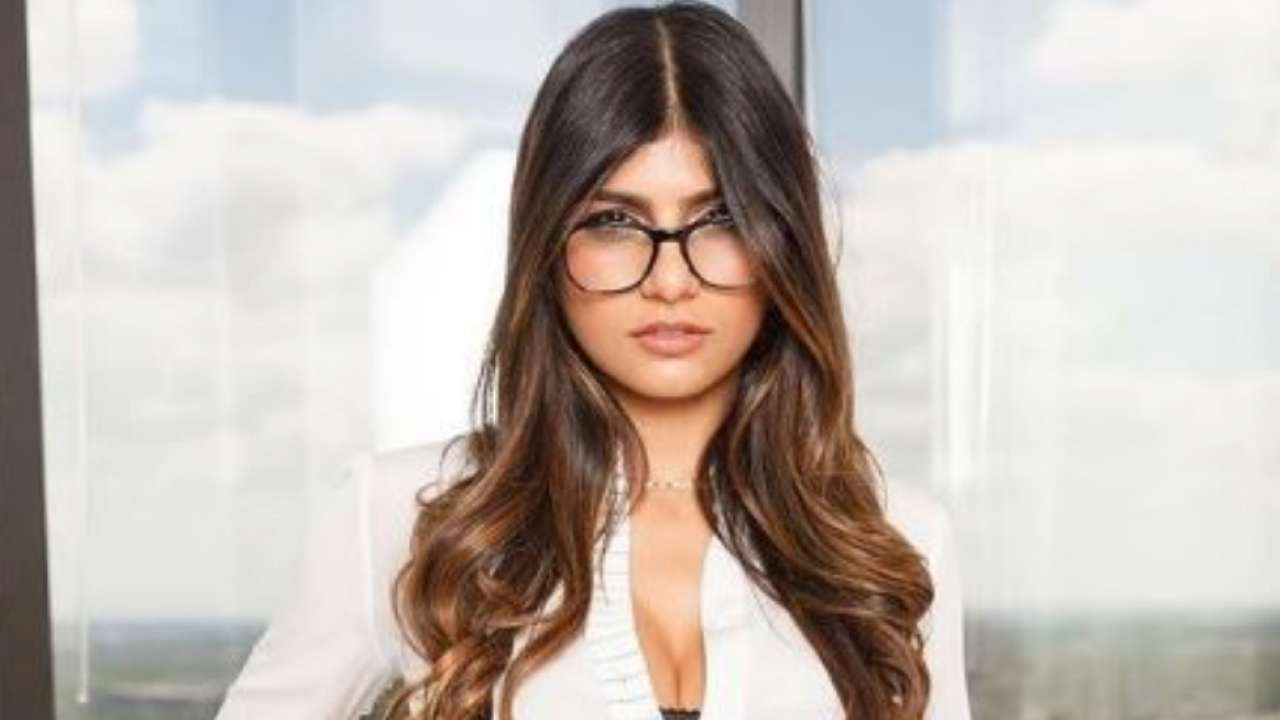 Former pornographic actress and Lebanese-American media personality - Mia Khalifa has extended her support to the farmers who died in the Lakhimpur Kheri violence.

Sharing a post on her Instagram official page, Ms Khalifa expressed her grief and condolences towards those who died after the Union Minister car ran over them and their families.

The post was shared by an Instagram page named Sikhexpo.com that says "India is killing its farmers."


The post shared clips from the site where the violence against the farmers took place.

The post caption reads the following, "Those who feed the nation are being killed. There is no space for silence. #govofindia how will you justify this?" 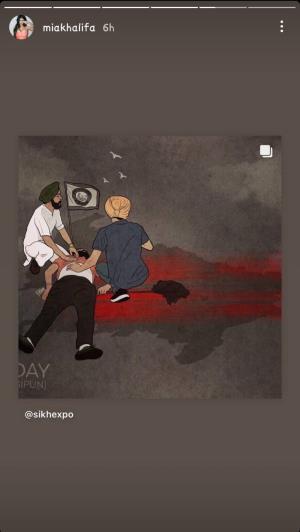 This wouldn’t be the first time that the Lebanese American artists had stood in support of Indian farmers. Earlier this year when farmers' protest was at its peak, several international stars spoke against the human rights violation the farmers had to go through and Mia Khalifa was amongst them.

In a tweet, Mia expressed shock over the images from the protest site and wrote, "What human rights violations is going on?! They cut the internet around New Delhi?! #FarmersProtest.”

In another post, the star shared a picture of a man holding a placard and said, "Stop killing farmers!"

Mia Khalifa had slammed those who called the protesting farmers as paid actors to deliberately cause the unrest. “Paid actors,” huh? Quite the casting director, I hope they’re not overlooked during awards season. I stand with the farmers. #FarmersProtest," Khalifa wrote.

In a recent, violence that unfolded in Lakhimpur Kheri district Uttar Pradesh on Sunday after a vehicle of the Union Minister Ajay Misra's son Ashish Misra ran over the farmers who were protesting the UP Deputy Chief Minister Keshav Maurya’s visit to Tikunia area.

By far nine people have died of the incident while several have been injured.

Sikhexpo page has around 500 thousand followers on Instagram, shares mostly about farmers issues and things about the Punjab region and its diaspora.

The political row over the Lakhimpur Kheri violence has intensified with several Opposition party leaders being detained and denied visiting the victims’ families.

The farmer's outfit claimed that a car ferrying Union Minister of State for Home Ajay Misra's son Ashish ran over a group of protesters killing and injuring them. The farmers protested ahead of Maurya's visit to Tikunia, which is Ajay Misra's ancestral village.

A murder case has been registered against Ashish Misra, however, Ajay Misra and his son Ashish Misra have denied the claims of attacking the protesters and said the protesters had attacked their convoy and a furious mob killed a driver and three others, including two BJP workers. The minister has denied all allegations and on the contrary, said the protesters were the first who showed black flags and pelted stones at their car due to which the driver lost vehicle control and turned turtle. This led to an accident and two farmers came under the car and died, said Ajay Misra.