From Alcohol to Dress Code, an essential list of don'ts for fans traveling to Qatar for FIFA World Cup 2022 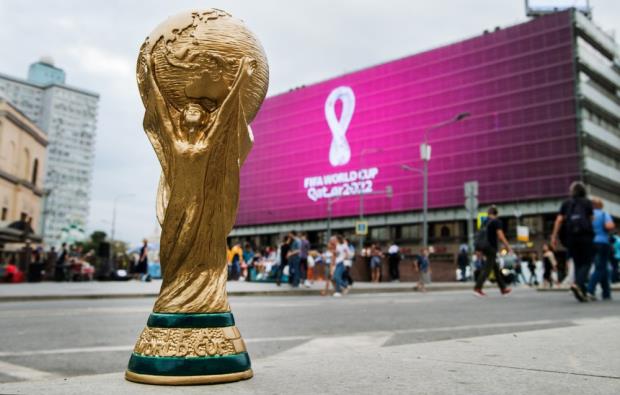 In the run, to the upcoming mega FIFA World Cup, the middle-eastern country of Qatar is expected to receive a touchdown of close to over a million people in the country. The event to the stature of the World Cup is itself a festival for any country that hosts.

However, this year the case could be different the tiny, conservative Muslim nation may show little tolerance for the booze-fueled hooliganism that has unfolded at tournaments in the past. Qatar has sought to portray itself as welcoming to foreigners but traditional Muslim values remain strong in the hereditarily ruled middle-eastern country.

Qatar’s existing laws are based on the conservative ideals of Islamic law or Shariah has been at the center of persistent criticism owing to its stringent measures, in addition to it the core Islamic values have been given the utmost priority in structuring the guidelines for the fans coming to Qatar to cheer their team.

So, if you are planning to travel to Qatar for witnessing the grand FIFA World Cup you must be well aware of Qatar’s laws and cultural values in order to make sure you don’t land at the center of any legal trouble.

In the autocratic Islamic state, alcohol is only served in hotel restaurants and bars that have licenses in Qatar and it is extremely non-negotiable if the authorities catch anyone found drinking anywhere outside these places.

Although, Non-Muslim residents of Doha who have a liquor license, however, may drink at home. For the world cup, fans will have permission to buy Budweiser beer within stadium compounds and are also permitted to drink in the evenings only at the places designated for them in Doha.

In Qatar, drinking in Public is punishable with hefty fines and might even land the offenders in jail, however, the head of Qatar’s security operations has made it clear that owing to the tournament, police will be providing liberty to the people and will forego the offenses. But the strict measure will be in force in someone gets into a drunken brawl or damages public property.

When it comes to drugs, Qatar has the most restrictive norms in the world, prohibiting cannabis and even over-the-counter medications like narcotics, sedatives, and amphetamines.

Trade associated with drugs, trafficking, and possession of illegal drugs leads to severe penalties, including long-term prison sentences. Fans traveling to Qatar should be very well aware when arriving at Hamad International Airport and any form of negligence might lead to serious consequences in this regard.

Meet 'La'eeb', The official mascot of the 2022 FIFA World Cup in Qatar

The live-in relationship is a criminal offense in the country, although the unmarried couple may share the hotel rooms without any prior permission. Limited negligence will stand granted in the country, however, people and fans must avoid intimacy in the public.

Qatar’s established laws call for a prison sentence of one to three years for adults convicted of consensual gay or lesbian sex. World Cup organizers have told The Associated Press that anyone, regardless of their sexual orientation, can come “without fear of any sort of repercussions.”

But one official warned rainbow flags could be confiscated to protect fans from being attacked for promoting gay rights in a region where discrimination runs rampant.

Qatar Government’s tourism website asks men and women with a sincere urge to “show respect for the local culture by avoiding excessively revealing clothing in public.” The appeal further asks visitors to cover their shoulders and knees.

Those in shorts and sleeveless tops may be turned away from government buildings and malls. Women visiting mosques in the city will receive scarves to cover their heads. Although, it is a separate case in hotels, where bikinis are common at hotel pools.

Any form of offense which includes flashing middle fingers and hindering police to not let them do their work will be treated as an offense and will lead to arrest. Among other major offenses that can land you in legal trouble include, Qatari women and men will not shake hands with the opposite sex; waiting for a hand to be offered, Filming and photographing people without their consent, as well as taking pictures of sensitive military or religious sites, may result in prosecution.

It’s also important to tread carefully when discussing religion and politics with locals. Insulting the royal family can land you in prison. Enjoy a great time with all the liberties granted to you and avoid social media commentary in Qatar which might harm you if the Qatari authorities treat it as an attempt to spread fake news harming the country’s interests.