On the sets of Ekta Kapoor's famous daily serial 'Ghar Ek Mandir,' Gautami and Ram fell in love. In 2003, on Valentine's Day, the two married. 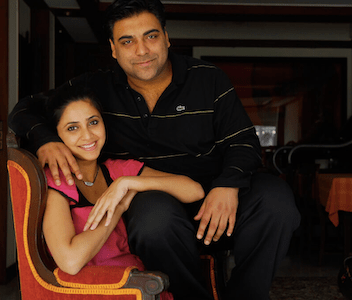 While actor Ram Kapoor is frequently in the news, his actress-wife Gautami Kapoor is rarely in the spotlight for her social media activities. Gautami Kapoor, on the other hand, recently uploaded a photo on her verified social media profile that has gone viral.
Gautami, who is an active social media user, has a good fan following of over 51 thousand on Instagram and keeps her followers amused with flashback photographs, fitness videos, and romantic posts involving husband Ram Kapoor.
Also Read: Kareena Kapoor Once Trolled For The Role Of Sita, Now Breaks Her Silence, Know What She Said
Gautami Kapoor shared an amazing throwback photo with her husband Ram Kapoor on Instagram on Monday, which looks to be a treasured moment shot on their honeymoon. Gautami's snapshot drew the attention of the internet and had people talking as soon as she posted it. Gautami captioned the photo, "The year that was... 2003!”
Also Read: Vidyut Jammwal, Nandita Mahtani Confirm Engagement In ‘Commando’ style; See PICS 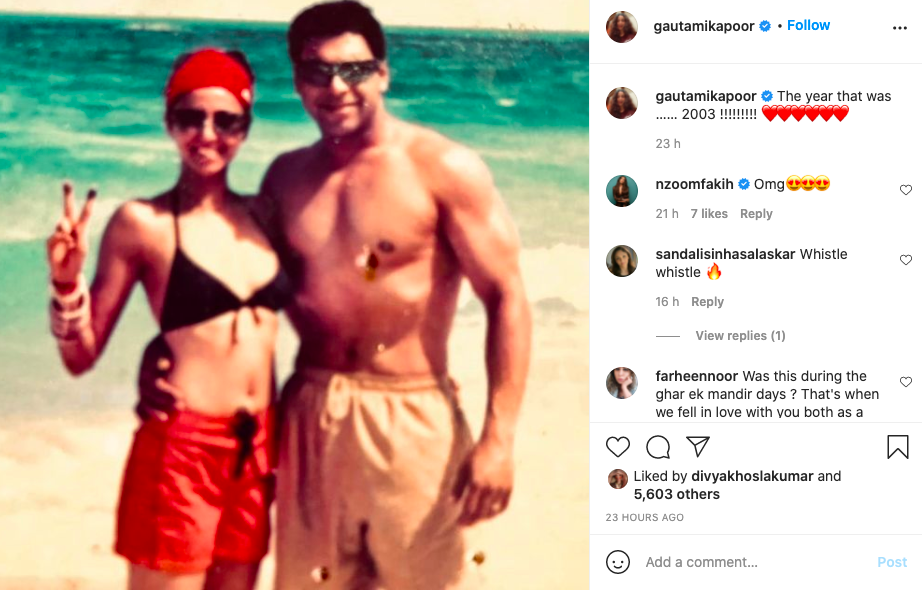 One of his fans commented, "Ram mentioned in an interview that his best physique was during his honeymoon.. couldn't agree more." "Omg hahahahaha...ye ram sir ka pet aandar kiyu h," joked another. "Omggggggggg.... The hottest couple is here love you both," wrote another user. "Wow gautami mam you both looking sooo sizzling so rocking so hot creating fire here thank you for sharing such precious moments with us," commented yet another user.
Gautami is wearing a black bikini top with red shorts with a black drawstring and a red headband in the photo. On the other side, Ram Kapoor is seen shirtless and wearing beige shorts. The two are smiling with pleasure at the shot.
Ram and Gautami's admirers, who aren't used to seeing the celebrity pair in this avatar, expressed their surprise and praised the two for looking as fit and charming as ever in the comments section of the post.

Gautami and Ram met on the sets of Ekta Kapoor's famous daily serial 'Ghar Ek Mandir' and fell in love. In 2003, on Valentine's Day, the two married.