Kareena Kapoor Once Trolled For The Role Of Sita, Now Breaks Her Silence, Know What She Said

Kareena Kapoor Khan has responded to allegations that she demanded Rs 12 crore for playing Sita in a remake of the Hindu epic Ramayana. 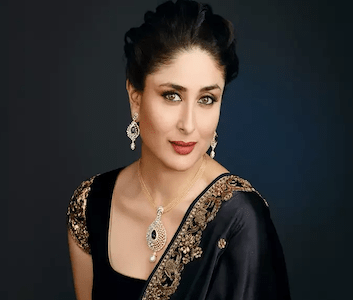 Kareena Kapoor, who comes from a dynasty of Bollywood giants, has no bars about speaking her thoughts. The actress, who is known for her fiery voice and audacity, puts her steely desire to speak up on critical topics on display. Kareena continues to be at the top of her game and on par with her colleagues from the current batch after completing two decades in the film industry as a prominent actor. She made news last year when she released her pregnancy book, in which she detailed her personal experiences as a mother of two kids.

Kareena feels that Bollywood has evolved dramatically. Equal remuneration for male and female artists has finally been brought up in conversation. “Just a few years ago, no one would talk about a man or woman earning equal pay in a movie,” she remarked recently in an interview with The Guardian. Many of us are now speaking out loudly about it.”
Also Read: Vidyut Jammwal, Nandita Mahtani Confirm Engagement In ‘Commando’ style; See PICS
She replied to unconfirmed reports that she demanded Rs 12 crore for portraying Sita in a remake of the Hindu classic Ramayana. The rumours incited uproar, with headlines accusing her of being greedy. “I make it pretty clear what I want, and I believe that respect should be given,” the actress said. The actress clarified that her request wasn't about being "demanding," but rather about "respecting women.”
Kareena returned to the set of her forthcoming film, Laal Singh Chaddha, not long ago. She returned to finish off the last few scenes. On her Instagram stories, she shared behind-the-scenes images with her colleagues. Aamir and Kareena were also photographed on the Mumbai sets. They appeared to be discussing a scene together.
Kareena and Aamir previously collaborated on Rajkumar Hirani's 3 Idiots.