Happy Birthday Kapil Dev: A Cricket Sensation who made India proud at Lord's 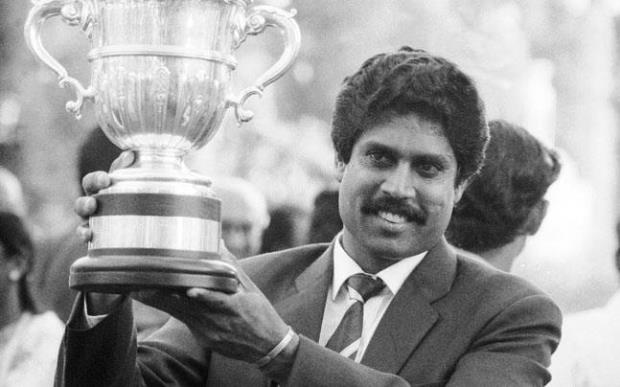 Indian Captain and all-rounder Kapil Dev turned 63 today. Kapil Dev is one of the legend cricketers of the country that make their country proud from their contribution in the field. Kapil Dev was the captain of the Indian Cricket team and won the World Cup in 1983 for the first time for the country. On his big day let's celebrate his birthday by revisiting his journey of becoming an inspiration for the youth:
Kapil Dev was born on 6 January 1959 in Chandigarh.
Kapil made his cricket debut from Haryana in November 1975 against Punjab. He made his team win in his first match. In that season he took 121 wickets in 30 matches.
Kapil Dev made his test cricket debut in Faisalabad, Pakistan on 16 October 1978.
Dev became the Captain of team India in 1883. Dev's contribution in the match gave confidence to the Indian team to face West Indies. Dev Captained the Indian Cricket team that won the First World Cup for the country in 1983.
After the 1983 World Cup Victory, Kapil became the First Indian captain to become win the Cricket World Cup. He is the youngest captain who did this so far. He was only 24 years old when he did this.
Kapil Dev also holds the world record of the highest number of wickets taken in Test matches. He is the first player to take 200 ODI wickets.
Also read: Happy Birthday Diljit Dosanjh: Read some lesser known facts about the singer
Kapil is the only player in Cricket history who has taken more than 400 wickets and scored 5000+ runs in Test matches. Kapil played 131 Test matches in his career.
Kapil Dev also holds the record of the fastest half-century by any Indian batsman in Tests.
Kapil Dev played 356 International matches, scoring 9,031 International runs and 687 wickets.