Harshal Patel of the Royal Challengers Bangalore set a huge milestone when he overtakes Jasprit Bumrah's record for most wickets by an Indian bowler in a single IPL season. 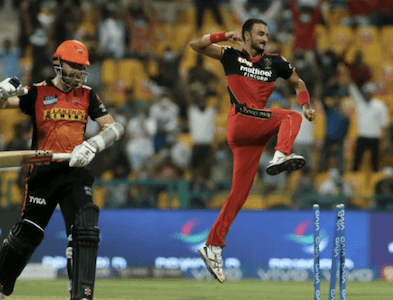 Harshal Patel of Royal Challengers Bangalore overtakes Jasprit Bumrah's record for the most wickets by an Indian bowler in a single edition of the Indian Premier League on Wednesday. Harshal completed the feat with three wickets against Sunrisers Hyderabad in a four-run loss for RCB. The 30-year-old spinner took out Kane Williamson, Wriddhiman Saha, and Jason Holder to surpass Bumrah's previous best of 27 wickets in the 2020 edition and bring his season total to 29.

Harshal just set a new IPL record for the most wickets taken by an uncapped bowler in a single season.

Harshal, who represents Haryana in domestic cricket, is expected to win the Purple Cap at the end of the season. He now has seven more wickets than second-placed Avesh Khan (22 wickets).

Many in India have called for his inclusion in the India squad for the next T20 World Cup, which will be held in the United Arab Emirates and Oman from October 17 to November 14.

Harshal was left out of India's 15-man team announced last month, as well as the three players chosen as reserves.

Harshal's chances of making the India squad aren't gone yet, since changes to the final squad are permitted till October 10.

Cricket commentator Harsha Bhogle tweeted on his twitter handle, "If the pitches at the #ICCT20WorldCup2021 are going to be similar to these, picking Harshal Patel might not be a bad idea. (Changes allowed till October 10!). A horses-for-courses practical selection. What do you guys think?"

Whether he makes in the T20 World Cup team or not, Harshal will be hoping to play a key role for RCB as they attempt to win their first IPL title this month.