Hiroshima Day 2021: History, Significance and all you need to know

On August 6, 1945, Japan’s city Hiroshima was attacked by the nuclear bombs, therefore every year August 6 is celebrated as Hiroshima Day to promote peace in the nation. 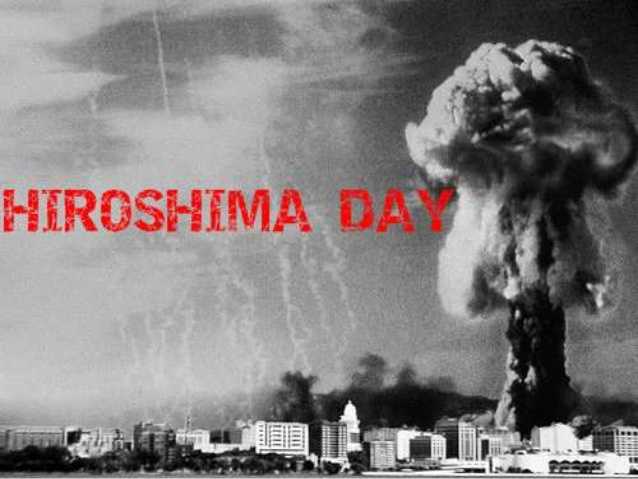 Every year, Hiroshima Day is observed in Japan to mark the anniversary of the devastation caused by the nuclear bombs, dropped on the two cities of Japan – Hiroshima and Nagasaki.

The bombs were dropped during World War II. Reportedly, the nuclear bomb blast nearly killed 80,000 people and around 35,000 were injured. These nuclear bombs caused property damage as well. According to the statics shown by the Japanese government, 69 per cent of the buildings were damaged during the nuclear bomb attack.

The day is celebrated in Japan to promote political peace. This year, Japan would mark the seventy-sixth anniversary of the nuclear bomb attack. Japanese emperor Hirohito described the bomb as “a new and most cruel bomb.”

This day also reminds the world to promote peace, with no more world wars and destructions.

What happened 76 years back?

Japan’s Hiroshima was attacked by an American B-29 bomb dropper, which caused the death of around 80,000 people and tens of thousands of people were later killed because of the radiation of the nuclear bomb. The bomb was dropped with the help of a parachute at 8:15 am and around five miles of the area was immediately devastated.

Three days later, another nuclear bomb was dropped on another Japanese city – Nagasaki, where 40,000 people were killed. During this attack, the primary attack of the USA was at Kokura but because of thick clouds, the pilot changed the target and dropped the bomb at Nagasaki at 11:02 am.

Hiroshima Day: How it is observed in Japan?

This year Japan would mark the 76th anniversary of the nuclear attack. On this day, a peace ceremony is organized at the Peace Memorial Park, Hiroshima. People gather there to pay homage to the innocent people who were killed during the attack.

An annual program is organized at Eyre Square by Galway Alliance Against War to mark Hiroshima Day.

Also Read: This country has won the most medals at Tokyo Olympics, know where India stands

However, Hiroshima city, which was 90 per cent damaged because of the nuclear bomb attack, has made a powerful comeback and now it is a world-renowned peace city. This year, Japan is hosting Olympic Games and Hiroshima’s Mayor has sent a request letter to International Olympics Committee (IOC) and has asked for the moment of silence to mark Hiroshima Day.