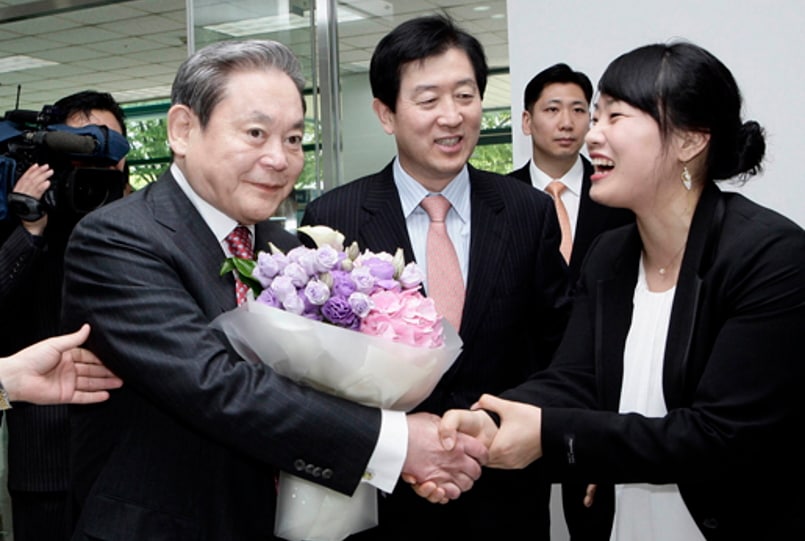 Lee Kun-hee, the patriarch and long-time head of Samsung Electonics Company, died last year. He had suffered a heart attack in 2014.

The tax bill in the inheritance process is estimated around $11 billion and the transfer of assets will take place over several years.

The maximum time allowed for the payment of the taxes is five years under the South Korean law. This must be done in no more than six installments and during that time the company’s assets must be pledged as collateral.

The family claimed, “It is our civic duty and responsibility to pay all taxes.”

The succession, however, is not smooth. Lee’s son Jay Y. Lee, has been accused of illegal behaviour in attempts to control the Samsung empire.

Jay is currently in prison because his first case of corruption found him guilty. This was a scandal regarding bribery charges which led to the impeachment of former President Park Geun-hye in 2017.

When Jay’s father died, he left behind about $21 billion empire spread over four Samsung units. These assets included a 4.2% holding in the electronics arm, and an art collection worth 3 trillion won, and some real estate.

It must be noted that the inheritance tax in South Korea is one of the highest in the world. 50% is what heirs have to pay when the value exceeds 3 billion won.

Further, when shares are passed down from the largest shareholder another 20% is charged.

In good news for the nation’s fund, the tax to be collected from this inheritance is about three to four times the government’s total estate-tax revenue last year.

The motivation for the heirs could be the legal fact that had they wanted to keep these art pieces with themselves, they would have to pay inheritance tax on these too.

Not only these, but the family will, over a period of ten years, also donate 700 billion won to fight infectious diseases and another 300 billion won to help children with cancer and rare illnesses.

It has often been noted that billionaires who have had clashes with law often give away large sums of cash or assets towards public interests.

The family has not yet announced how they plan to split the assets of the late patriarch.

The heirs had applied earlier this week to change the largest shareholder of Samsung Life Insurance Company.

Talking about Jay Y. Lee, the only son of Kun-hee, he has less than 1% of Samsung Electronics but at 17% of Samsung C&T Corporation, he is the largest stake holder of the same.

Thus, his cloud over the tech juggernaut seems to ensure his ascension as the chairman of Samsung Electronics. However his trips to prison are jeopardising that at the moment.

Get the latest update about Analysis, check out more about Announcements, Investment, True Scoop News & Reports