While the majority of tweets focus on how different the new series is from the original, people appear to be split on whether or not to praise the remake! 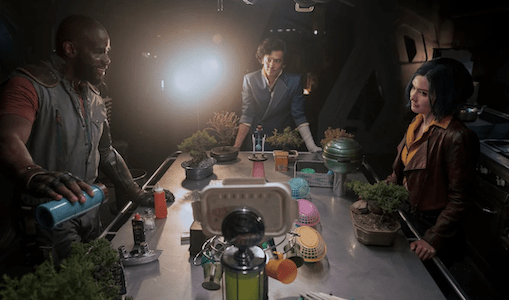 Fans are gushing over Netflix's live-action version of the 1998 anime Cowboy Bebop, and the series is trending on Twitter. While the majority of tweets focus on how different the new series is from the original, people appear to be split on whether or not to praise the remake!
Also Read: Kareena Kapoor, Saif Ali Khan Spotted At Manager’s Office In Khar, Mumbai; See PICS
Cowboy Bebop is a narrative about a group of registered bounty hunters from the year 2071 who are travelling on their Bebop spaceship. The series promises action, friendship, and romance with Spike (John Cho) and Jet Black (Mustafa Shakir) as well as Faye Valentine (Daniella Pineda) in the main roles.
Also Read: Dhamaka Movie Review: Kartik Aryan’s thriller not that explosive, still engaging
Well, I applauded the casting directors for their choices, which included John Cho as Spike Spiegel and Mustafa Shakir as Jet Black, who added some humour. Spike is played by Cho in a calm but commanding manner, and Shakir in an over-the-top manner. Jet Black developed some great bromance scenes that the 1998 anime didn't pay much attention to. All Jet Black requires is a doll for his daughter, and he'll be good to go.
According to me, the action sequences definitely took our breath away!In the first episode, fans watched the trio in action-packed moments, and they reacted to Cho, Shakir, and Pineda's numerous kicks and punches. Despite the lavishness, many enthusiasts felt that the presentation was at times inconsistent and odd. Many others, on the other hand, have praised the series, applauding the actors for their incredible performances and the casting directors for casting some of the best performers in critical roles.


To summarise, here are some reactions from fans on Twitter who had been anticipating the release of the live-action remake: 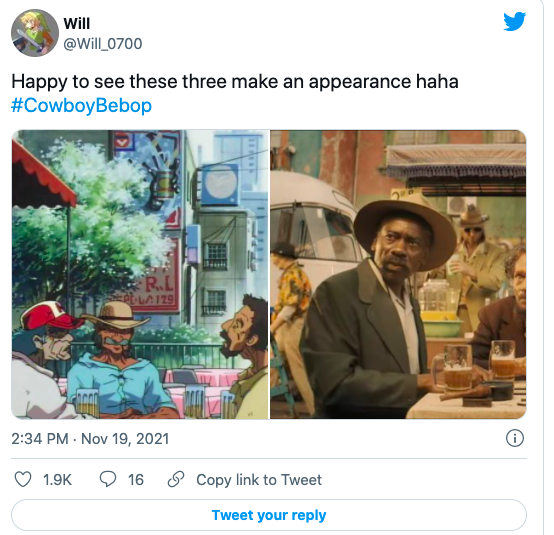 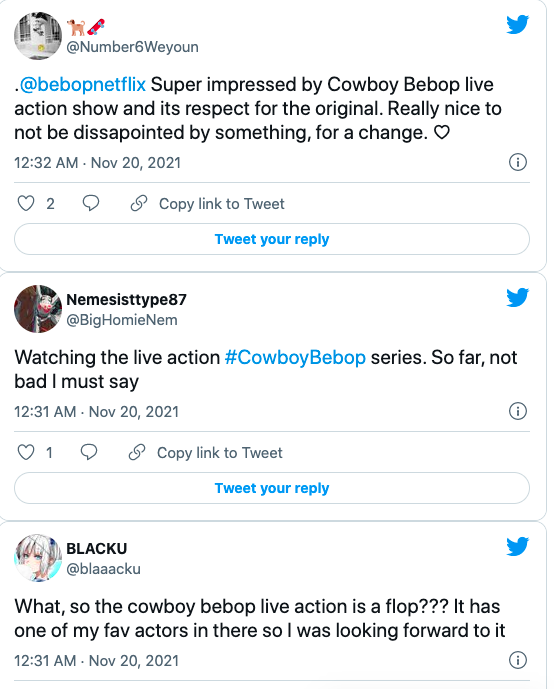