'India is not our Enemy', says Danish Kaneria on discriminating allegations with Shahid Afridi

Shahid Afridi vs Danish Kaneria: Two former players of the Pakistan Cricket Team are fighting among themselves at this time. Both of them are accusing each other. 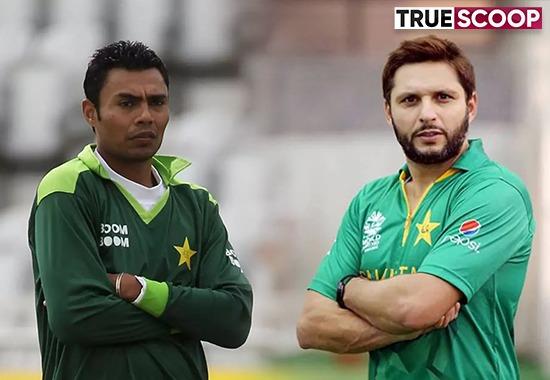 Shahid Afridi vs Danish Kaneria: Two former players of the Pakistan Cricket Team are fighting among themselves at this time. Both of them are accusing each other. These two former players are Danish Kaneria and Shahid Afridi.
Kaneria has accused Afridi of instigating people in the name of religion. At the same time, Kaneria has advised Afridi to stop considering the neighbouring country as his enemy. It all started when Kaneria revealed in an interview that Afridi had forced him to convert.
Kaneria is a Hindu and he has spoken about discrimination based on religion with him many times.
However, these allegations of Kaneria were rejected by Afridi, who is counted among the best all-rounders and former captain of Pakistan and said that if Kaneria was so upset then why did he not complain to the Pakistan Cricket Board.
Also Read: Women's World Cup: My favourite player is Shahid Afridi, says Pakistan's Nida Dar
After this statement of Afridi, Kaneria has once again attacked Afridi.
Kaneria accuses Afridi
Talking to the Indian news channel Kaneria said, "Yes, Afridi used to ask me to convert to Islam many times.
But I never took them seriously. I believe in my religion and it is not dependent on cricket."
Why not complain -
Afridi Responding to Kaneria's allegations, Afridi while talking to diggingsports.in said, "If my behaviour was bad then why didn't he complain to the Pakistan Cricket Board or the department he was playing for.
He is now giving interviews to our enemy country who incite religious sentiments. Let him see his character before what he is saying. He is accusing me that I try to get cheap popularity and earn money. Everyone knows about his character."