Masood Azhar met with Taliban leaders including Mullah Abdul Ghani Baradar and sought the Taliban's cooperation in their "India-centric missions." 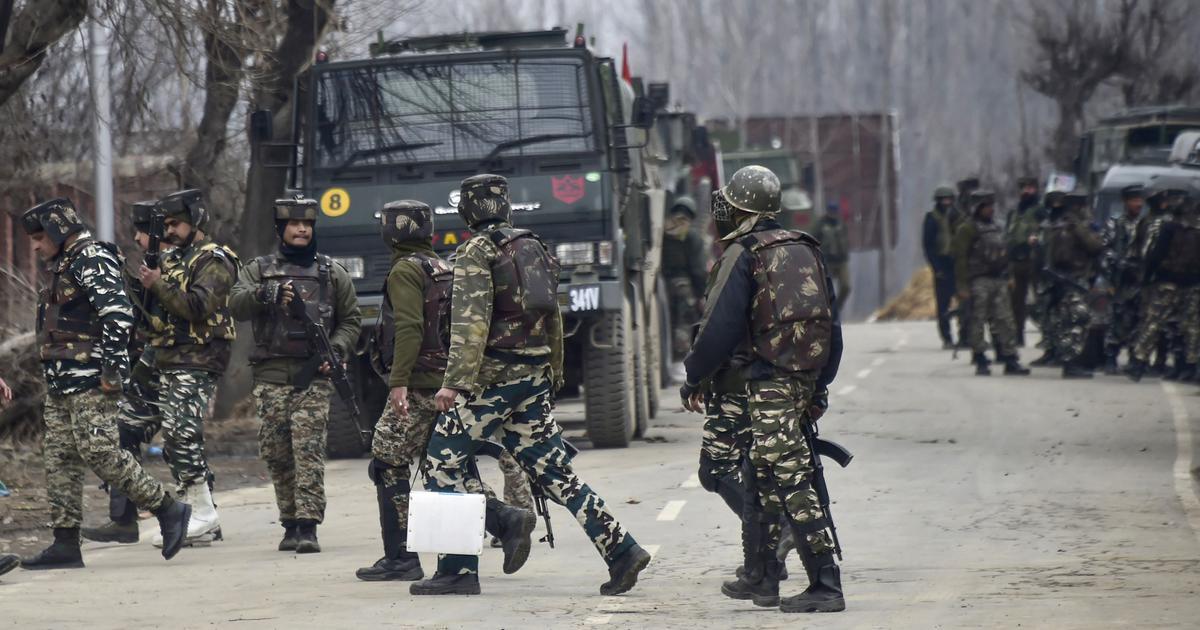 After receiving information about terrorists moving across the border, the country's intelligence agencies have warned of a probable terror attack in Jammu and Kashmir.
According to a senior official, the information was shared with the state intelligence and security agencies in order to prepare for any unfavourable situation.

Reportedly, leaders of Pakistan-based Jihadist organisation Jaish-e-Mohammad visited Taliban leaders in Kandahar in the third week of August. JeM chief Masood Azhar met with Taliban leaders including the head of the political commission, Mullah Abdul Ghani Baradar and sought the Taliban's cooperation in their "India-centric missions."

As a result of the information, Jammu and Kashmir is put on high alert with intelligence officials expecting terrorists to cross the border. The reports claim current political scenario in Pakistan was also discussed at the meeting.

Masood Azhar had previously expressed delight over the Taliban's "victory" after they seized Kabul on August 15, congratulating the terror group for ensuring the fall of the "US-backed Afghan government." On August 16, the JeM chief lauded the "success of mujahideen" in Afghanistan in a piece titled "Manzil Ki Taraf" (towards the destination).

"Intelligence agencies have been directed to monitor social media. We obtained information about two Pakistani terrorists preparing a grenade attack in Srinagar on August 24. All involved agencies have been notified and asked to work in coordination," said a senior government official. "All states have been advised to undertake security drills and maintain anti-terrorist units on high alert," the official continued.

According to experts, the Taliban's takeover of Afghanistan would provide a push to terrorists all over the world. While the ISIS-K bombings near Kabul airport on August 26 indicate that terror activities have already begun in Afghanistan, India is on high alert.

General Bipin Rawat, the Chief of Defence Staff, expressed concern about the impact of the Taliban's takeover in Afghanistan on India's security.

"Everything that happened in Afghanistan has been predicted. Only the timelines altered, which shocked us because we had expected this (takeover) to happen a couple of months later," said General. He added that contingency plans have been put in place to address the situation in India.

Also Read: Taliban asks women to stay at home as fighters not trained to deal with them

Meanwhile, the Taliban had declared J&K to be an internal affair of India shortly after seizing Afghanistan.

Zabiullah Mujahid, a Taliban spokesperson who recently stated that Pakistan is like a second home for the Taliban had said that India and Pakistan should sit together to discuss any outstanding issues because "both are neighbours and their interests are intertwined to each other."

Masood Azhar was released by Indian authorities in 1999 in exchange for the release of the IC814 aircraft, hijacked and flown to Kandahar, which was then under Taliban control. After this Jaish-e-Mohammed has been actively carrying out terror attacks in Jammu and Kashmir.

Following the Deobandi school of Sunni Islam, the Taliban and Jaish-e-Mohammed are considered ideological allies in interpreting sharia, Islamic law.
According to reports, numerous Jaish members were released from Afghan prisons after the Taliban took control, and they are reportedly planning a new attack in India.