The actress was in headlines when she attended a screening of the film with Leonardo in Los Angeles, where she was seen with a baby bump. 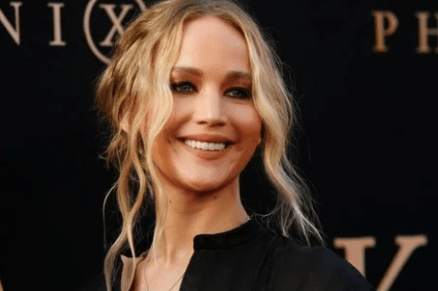 Jennifer Lawrence has spoken up about her life's worries and how some things will always haunt her. In a recent interview, the Hunger Games star stated that having her naked photos exposed by hackers is a trauma she will never be able to overcome.
Also Read: Tamil: Actor Arav Nafeez, Bigg Boss Title Winner Blessed With A Baby Boy
Jennifer was one of numerous celebrities, including Rihanna and Selena Gomez, whose personal photos were exposed on the internet by hackers in the 4chan controversy in 2014.
Also Read: Bigg Boss 15: Tejasswi Prakash hits out at Vishal Kotian for using 'Maal' word for her
"Anyone may go look at my naked body without my consent, at any time of the day," she told Vanity Fair in an interview, adding, "Somebody in France recently released them. "My trauma will will exist forever”.
Jennifer also said that the 2017 aircraft engine failure event left her "a lot weaker," yet she still has to board flights despite finding it "horrific." "We were all going to die," she stated when asked about the event. "I started leaving mental voicemails to my family, saying things like, 'I've had a great life, I'm sorry.'"
Jennifer will now feature alongside Leonardo DiCaprio in the political dark comedy picture Don't Look Up. Jonah Hill, Mark Rylance, Tyler Perry, Timothee Chalamet, Ron Perlman, Ariana Grande, Scott Mescudi, Himesh Patel, Melanie Lynskey, Michael Chiklis, Tomer Sisley, and Cate Blanchett also feature in the film.
The actress was in headlines when she attended a screening of the film with Leonardo in Los Angeles, where she was seen with a baby bump. Jennifer, who is expecting her first child with husband Cooke Maroney, wore a lime green outfit to the screening.